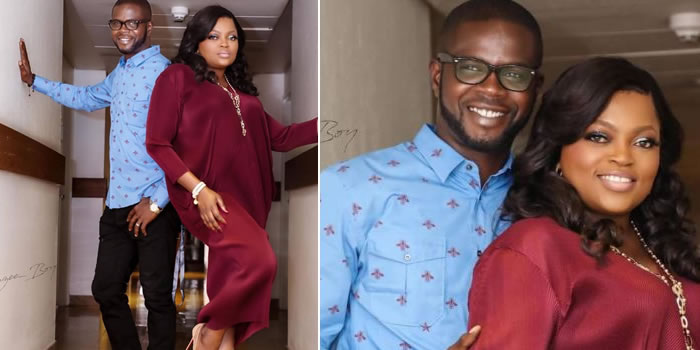 They were convicted in April for breaching the COVID-19 protocols and lockdown rules.

The held a party in their home at 9 Gbadamosi Close, Amen Estate in Abijo.

The couple ran into trouble for hosting more than the number of persons allowed at gatherings – 20.

Fashola and Gbadamosi later struck a deal with the government after their arraignment.

Commissioner for Justice, Moyosore Onigbanjo, announced the clemency for the couple in a statement.

He disclosed that Governor Babajide Sanwo-Olu also approved the release of 56 inmates from various correctional centres.

Sanwo-Olu acted based on the recommendations of the State Advisory Council on Prerogative of Mercy, under the powers conferred on the Governor by Section 212 (1) & (2) of the Constitution of the Federal Republic of Nigeria as amended.

The eight-member council, headed by Dr. Abayomi Finnih was inaugurated by the Governor in December 2019.

Onigbanjo advised all the beneficiaries to be good citizens and stay away from illegal and criminal activities.