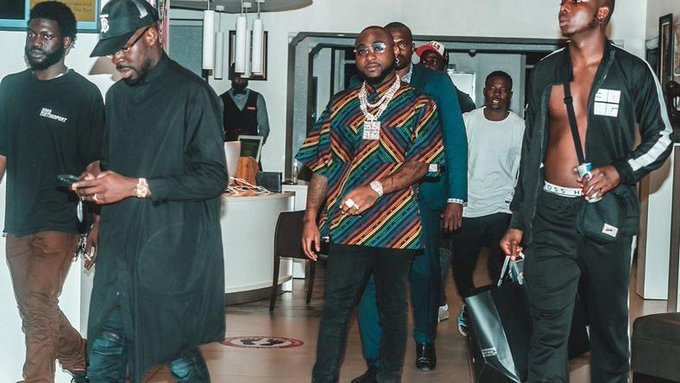 DMW label boss Davido has been called out for allegedly beating up a bouncer at an Abuja night club.

According to disc jockey, TTB, the music star, and his entourage attacked the said bouncer on Tuesday, October 13, 2020, who was only trying to do his job.

“@davidoofficial you cant be claiming you re fighting for the youths while same night (Tuesday night) you and your thugs re beating up a bouncer in an Abuja lounge just for doing his job. Be very careful bro we go change am for you the next time you try that sh**,” he wrote.

He went on to reveal that the bouncer was in a bad condition after sustaining injuries following the assault.

“The bouncer is in a very bad condition now, bleeding from ears and nose,” he said.