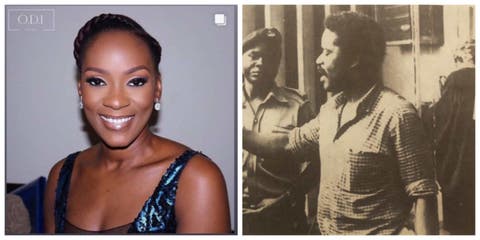 Ayodele Dele-Giwa, the daughter of slain journalist Dele Giwa, has revealed how she thinks her father would have reacted if he were still alive.

Dele Giwa was assasinated by a mail bomb explosion on October 19, 1986, exactly 34 years ago.

Monday being the 34th anniversary of his passing, his daughter pointed out that he’d have joined the current End SARS protests if he were alive.

She added that he would “be so proud of what the ‘lazy’ Nigerian youths have been doing over the past 11 days”.

Read her thread below 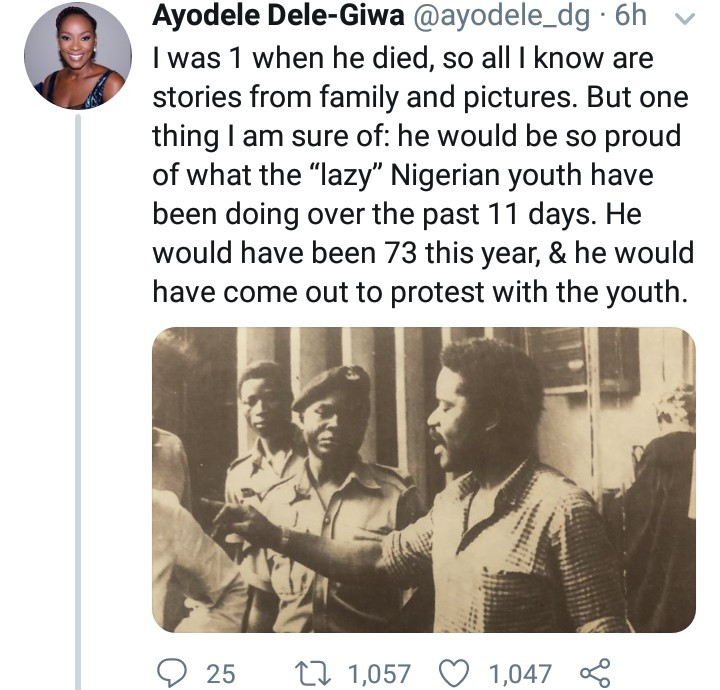 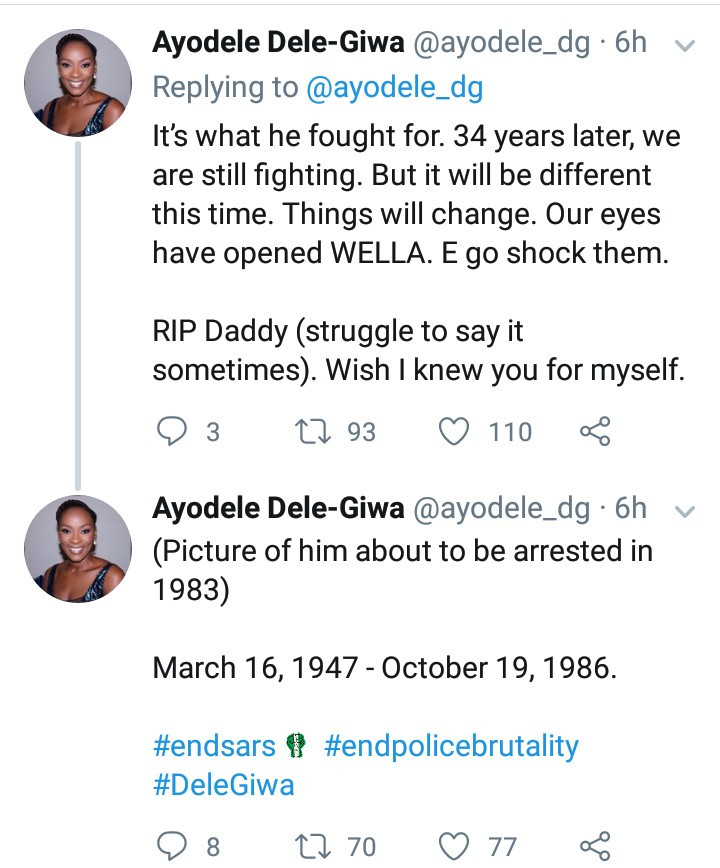