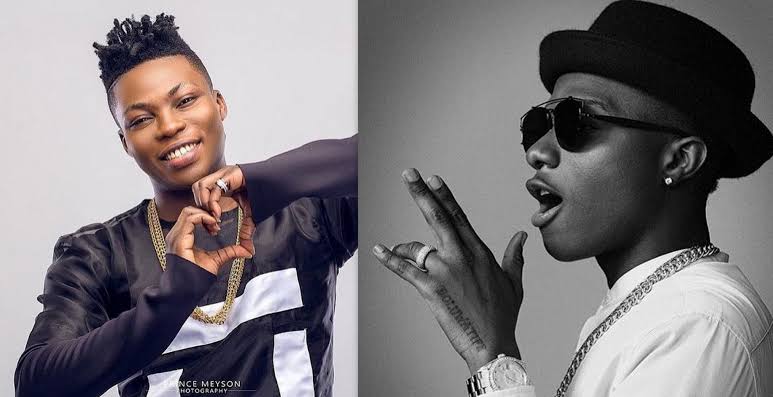 This started after Reekado took to his handle to announce a midnight release of an ‘old song’ the both of them recorded.

But it looked like Wizkid feels this isn’t right time to release songs due to the state of unrest in the country as is evident in his decision to postpone his highly anticipated album, Made In Lagos.

Starboy Effect: See How Wizkid reacted after Bovi Said He…

Reekado shared a snippet on his Twitter handle with the caption ;

Out of control, gbedu must drop. This one with my brother @wizkidayo “OMO OLOMO” midnight dropping. Still on the matter !!! #EndSWAT #EndSARS #EndPoliceBrutality

But Wizkid shockingly lashed out at Reekado and told him the timing was not right.

Delete this dude ! Can’t believe you’re even doing this at a time like this. Old song ! #endsars fool! 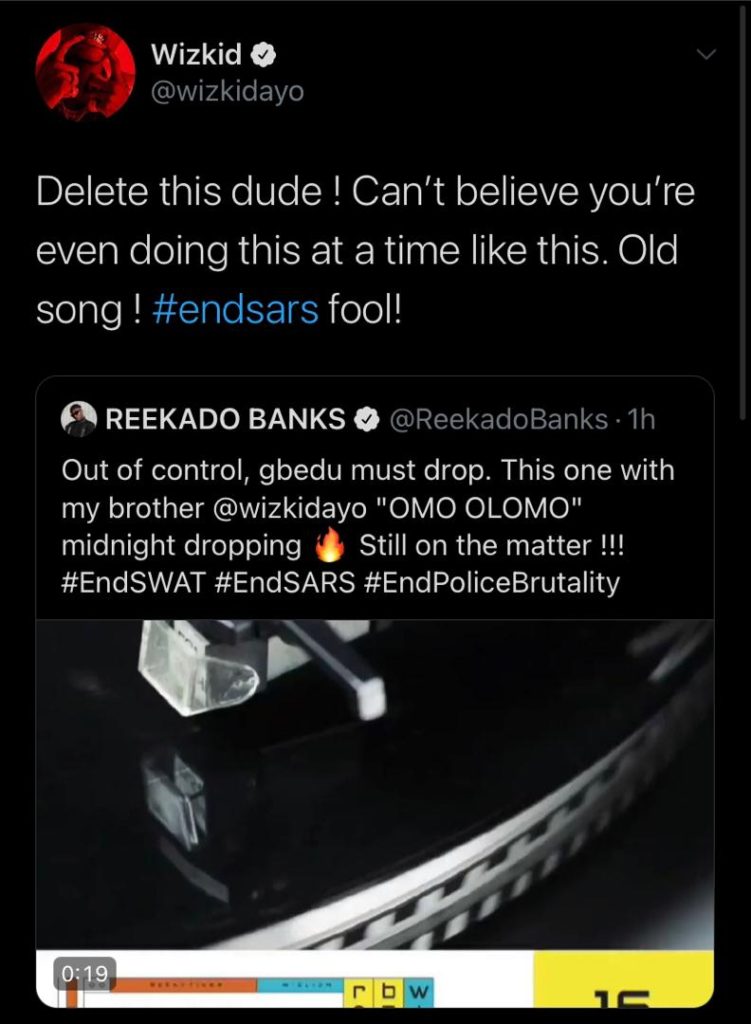 This has led to many Nigerians reacting, while many supported Wizkid, others felt the lashing was too much.