The screenshots of chat messages between a Nigerian man and his girlfriend have surfaced online and it was a big drama as the man expressed disappointment with his girlfriend for charging his mom after making her hair in same hair salon he paid for.

The boyfriend who had told his mom to go and make her hair at his girlfriend’s salon, later discovered that she paid for the service.

He then confronted his woman about it, but the girlfriend stated that she couldn’t reject the money his mom offered.

The boyfriend reminded her of how he helped set up the salon by paying rent, providing for her needs and was surprise she could go ahead to charge his mom.

He went further to tell her that if she must collect money after making his mother’s hair, she should have asked him to pay and he would have gladly paid.

Read their full chat below; 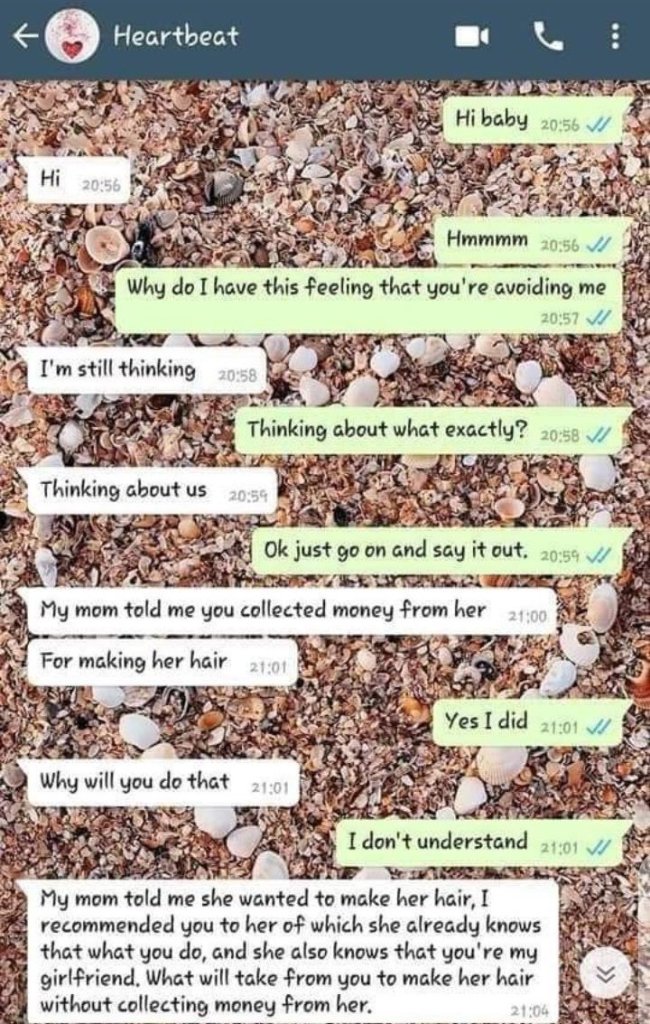 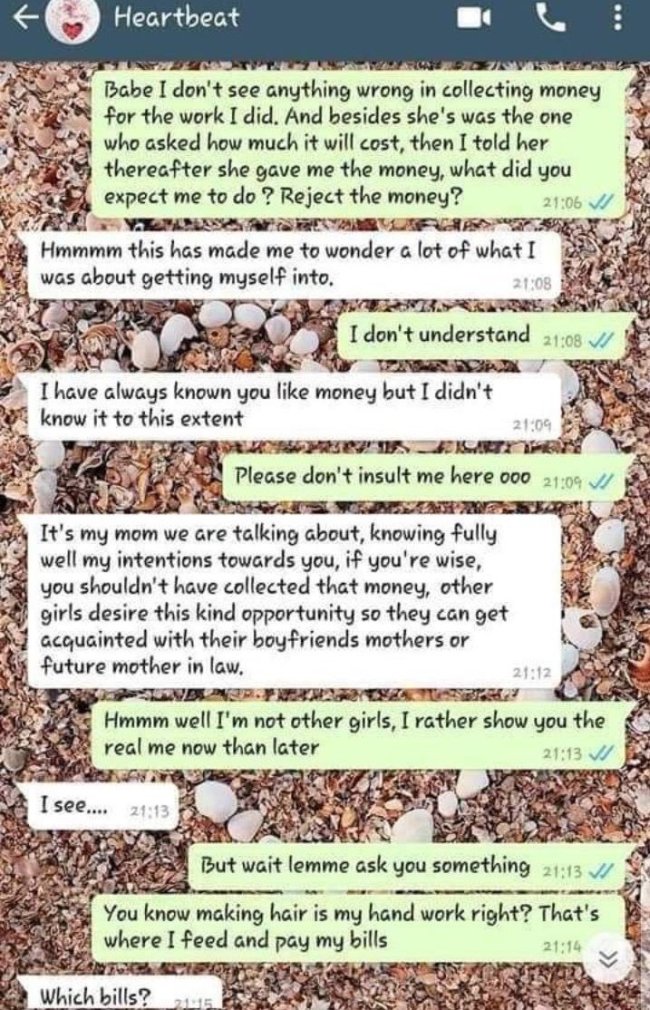 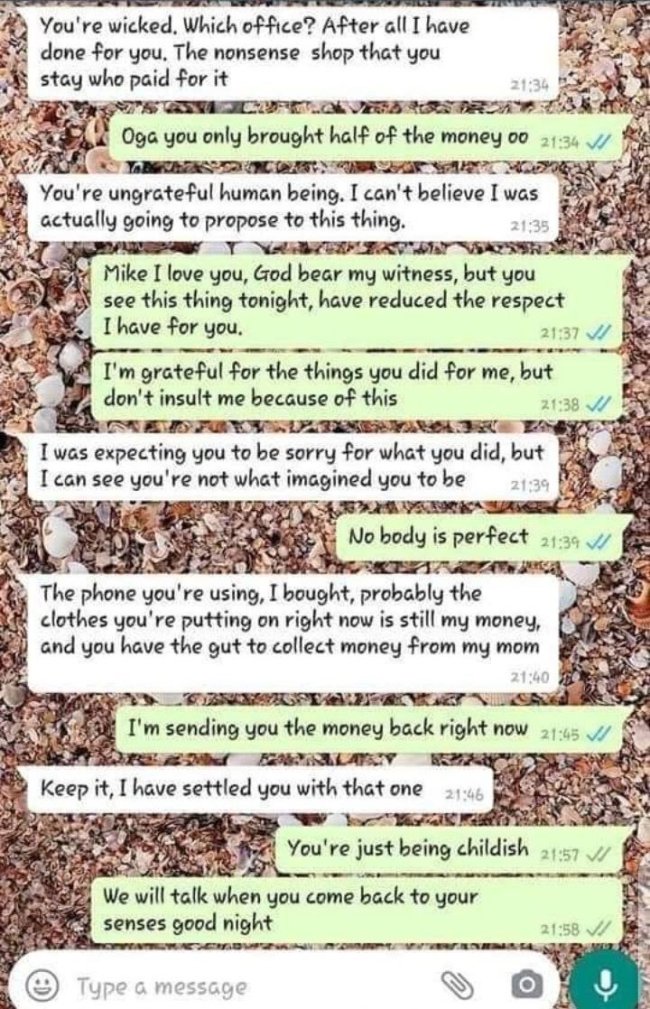