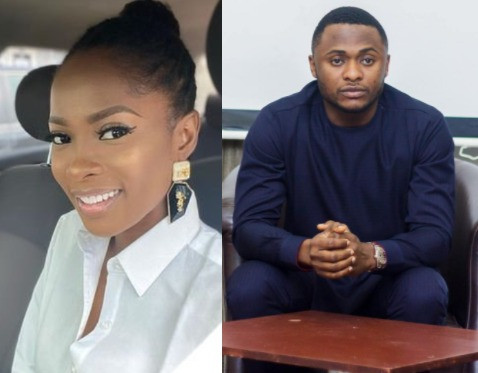 This comes after Ubi joined Davido’s entourage for his meeting with the Inspector General of Police on Monday morning October 12. 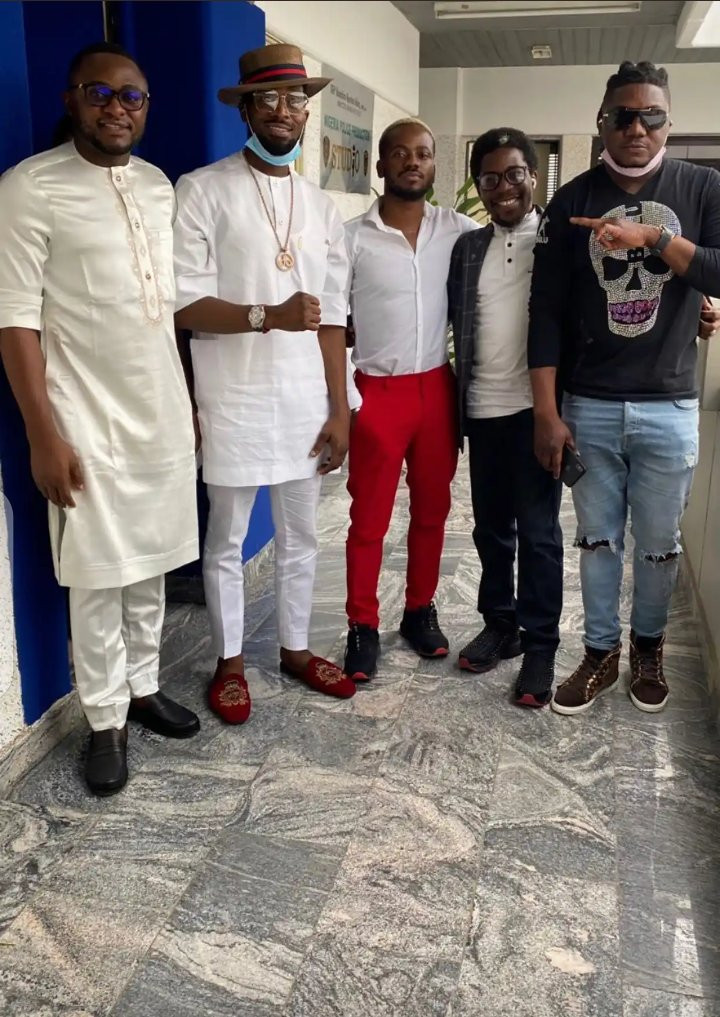 Ubi Franklin sparks marriage rumours with his new post on…

Reacting to a photo of Ubi, Dbanj, Korede Bello, CDQ and Segalinks taken after the meeting, Jemima tweeted that she didn’t send Ubi and DBanj to represent her at the meeting.

”I don’t know about you but I didn’t send Ubi Franklin me Dbanj to represent me. #SARSMUSTEND”she tweeted

”I didn’t go to represent you either, don’t try to feel important. I accompanied Davido to see the IG. So shutup.”

”First of all, not in a million years or in your wildest imagination will you be able to shut me up. Even as an “accompaniment” you ain’t it! Not now not ever! As a matter of fact, I am IMPORTANT! We all are and this is OUR fight. You are in no place to speak on our behalf

You accompanied him there to do what?? What makes you think you have the right to go into a closed meeting to discuss something that concerns all of us? Posting pictures and whatnot of you smiling while at it when people are dying. No, not now not ever.” 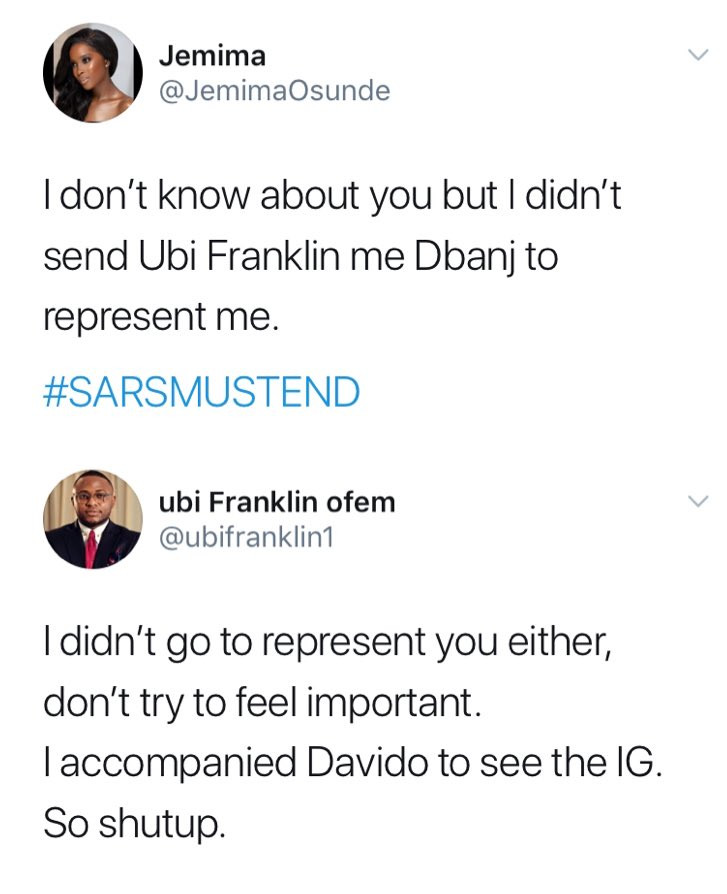 You can’t save who does not want to be saved, enjoy your bipolar – Chacha Eke’s brother says as he vows never to get involved in her matter again