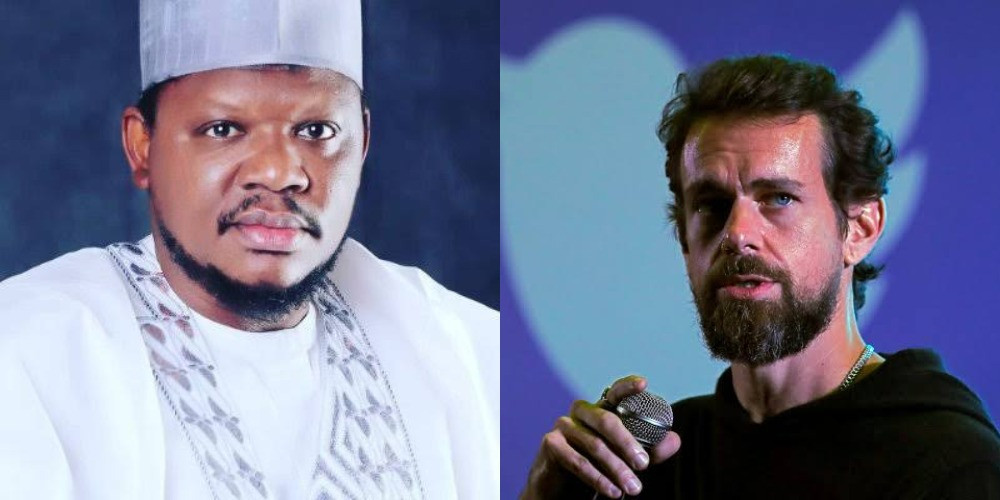 Recall that Jack Dorsey on Wednesday night had tweeted his support for the #EndSARS protests and even encouraged his followers to donate to help the movement.

However reacting to this, Adamu Garba warned the Twitter CEO to stay away from “Nigerian politics”. He also alleged that the #EndSARS protest has transformed into a political agitation, capable of breaking law and order in the country.

Adamu who insisted that most of the demands initially presented has been attended to by the responsible authorities, also stressed that Jack’s support for the disbanded entity was a needless interference.

He added that if the protest continues and evolves into a disorder, he and Jack will be ”meeting in court.”

It’ll do you a lot more good if you stay away from Nigerian Politics. You should know that the so-called #EndSARS protest have transformed into political agitation, capable of breaking law & order in our country. You should not be a moral & financial sponsor to this.

This is Nigeria, most of the demands initially presented was attended to by the responsible authorities. SARS no longer exist in this country. Your support for a disbanded entity was a needless interference. We cannot allow killings again in Nigeria in the name of protests.

I understand that this may play well to your business, you have more content, more people & more activity on your platform, but to us is about life, peace & security of our dear Country, we cannot allow you to be part of the people sponsoring disorder. We need peace & prosperity.

I can see you are even sharing a link for people to donate money for this protest, an event capable of escalation beyond our already overstretched security management. If this protest continued to evolved into disorder (hopefully not). As a Nigerian citizen, we’ll meet in court 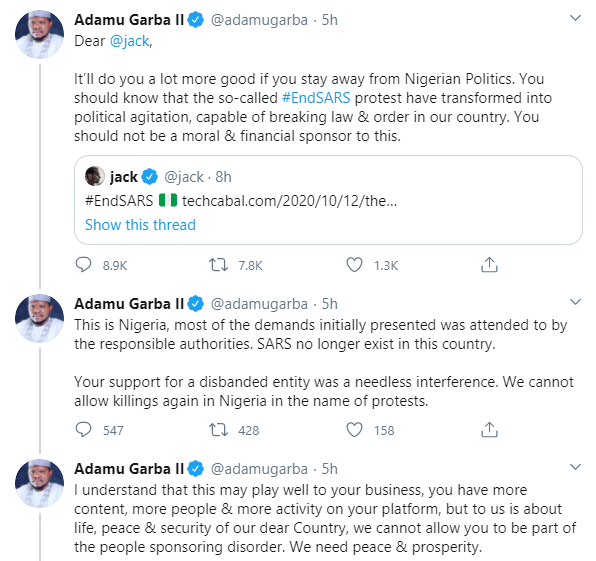