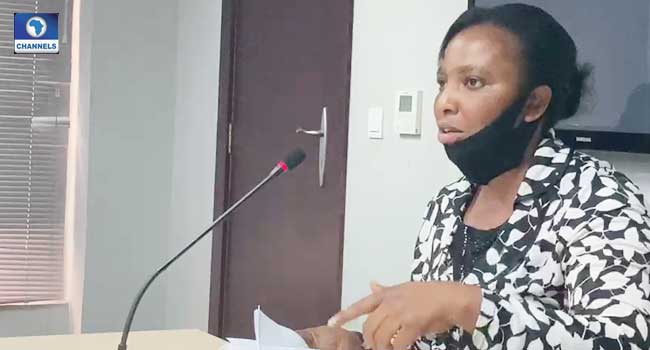 A middle-aged woman, Ndubuisi Obiechina has recounted how she lost her two-month pregnancy while being detained for twenty-two days at the Special Anti-Robbery Squad (SARS) in Ikeja, Lagos State.

She disclosed this on Saturday at the continuation of the hearing of the Judicial Panel of Inquiry and Restitution set up by the Lagos State government to look into allegations of brutality and highhandedness by men of the disbanded Special Anti-Robbery Squad (SARS).

“For one week, as a pregnant woman, I did not eat, I did not drink. I told them I wanted to go and register for antenatal. They said I should give birth to the child there,” she said.

“I told them the doctors said I don’t need any stress that my kind of body is the body that needs to stay one place. They said, no. Let the baby die. In the process, I lost the baby.

“It was later after the detention, I went to the hospital. They then found out that the baby was gone. We had to wash it off.”

Dayo Amusa and follower clash over her excessive bleaching