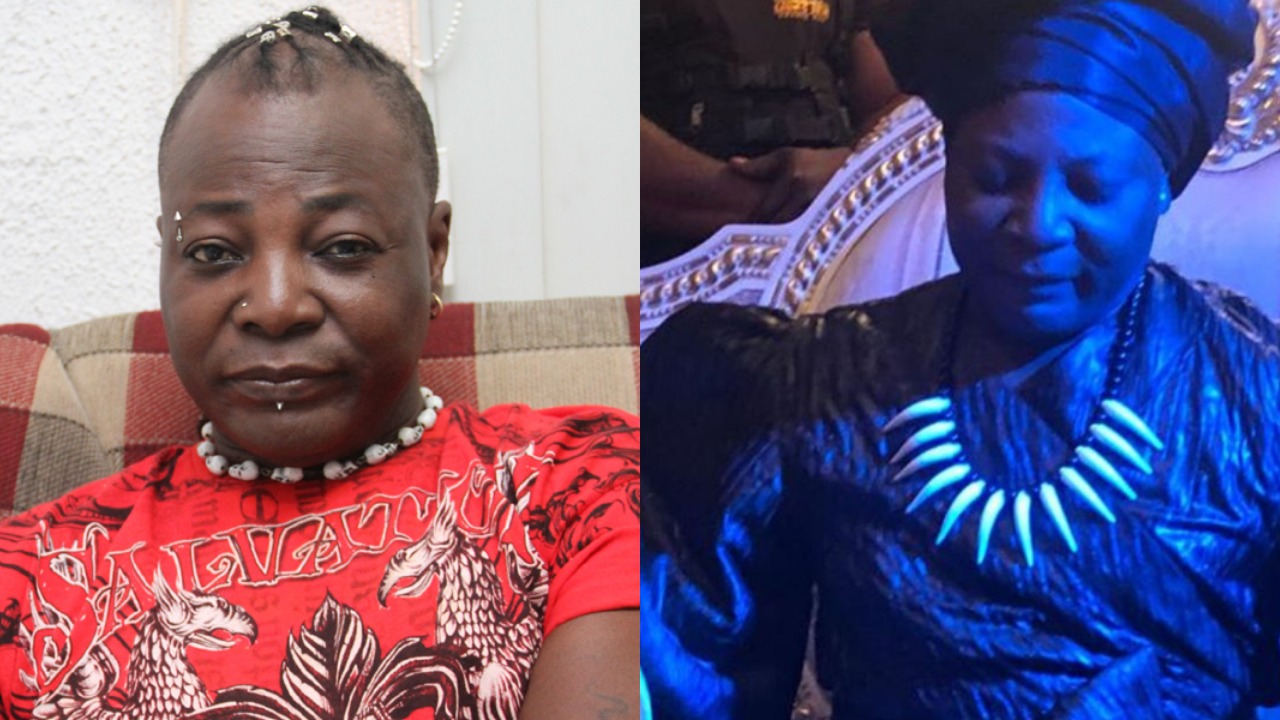 One of Nigeria’s most controversial entertainers, Charly Boy has sent social media into frenzy after photos of him dressed like a woman surfaced on the internet.

Although the 69 year old  is best known for his alternative lifestyle, his choice of outfits in the photos still came as a surprise to many on social media.

“Hummm!!! Who do I look like? What’s up? What am I representing Guess.”

See how Nigerians are reacting below;

@therealafrocandy wrote; ”Wow father you no go kih me oooo but you look great tho”