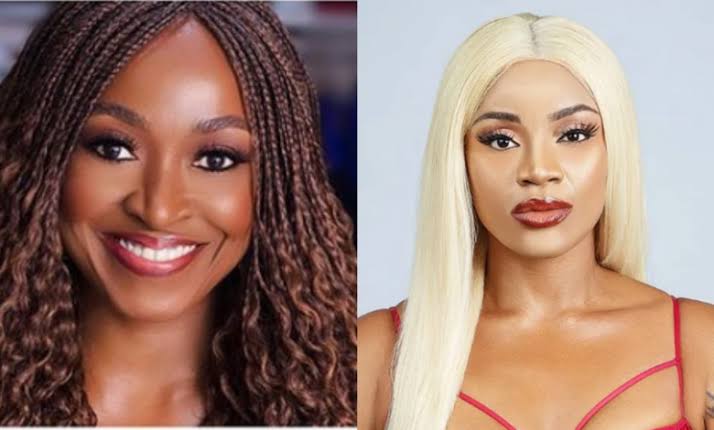 Nollwood actress, Uche Ogbodo has reacted to a post by her colleague Kate Henshaw, where the latter revealed that an unknown secret admirer sent a love message and proposed to her.

Recall that Kate Henshaw took to micro blogging platform, Twitter yesterday to share a screenshot of the message she received.

I am saving money for your dowry – Fan proposes to…

“How does one respond to this kind of message in the DM, in the wee hours of the morning?? No picture….. Thank you oo whoever. I am flattered.”

However, reacting to it, Uche Ogbodo revealed the said man has sent her same message. Ogbodo called him a fool. She wrote:

“Haaaaa! This same fool sent me this same message”

“the person is a fool for sending same message to a million women on ig . No serious minded man would do such. Isn’t it obvious he is just fooling around with Celebrities?”

BBNaija: “I can work with Erica and Tolanibaj but we can’t be friends” – Vee declares (video)

My sister does not have Bipolar, the video is a cover up – Chacha Eke’s brother, Aik says