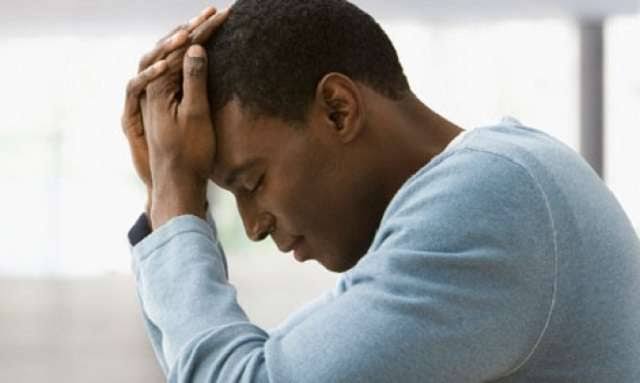 A Nigerian man who is on the verge of losing his girlfriend to another man, has taken to social media to seek advice.

According to him, his girlfriend wants to get married to him already, but he doesn’t think he’s financially buoyant to cater for a family, and he’s scared that he might lose her to another man.

See also: Check out the hologram of Kim Kardashian’s late father she got as a birthday gift from Kanye West (Video)

Stressed groom runs away from his wedding to rest at a…

He said he earns N45,000 per month, and he doesn’t think it will cater for her bride price alone, but she had already decided never to enter 2021 single.

“My GF and I have been dragging this marriage matter for 7 months now. She says I’m not serious and I don’t want to marry her. I’ve been trying my best. I work for a delivery company and my salary is N45,000. My GF wants us to marry by January, 2021.

Currently I’m living with my brother because my office is close to his place. If I move out and marry, how do I start a family with 45K and get my own place. My GF does not have a job. She wants to start make up business.

Should I marry her or break up because she said she can not enter 2021 single. I am under so much pressure. I am losing weight currently. I don’t even know how I will pay her bride price if I agree.” 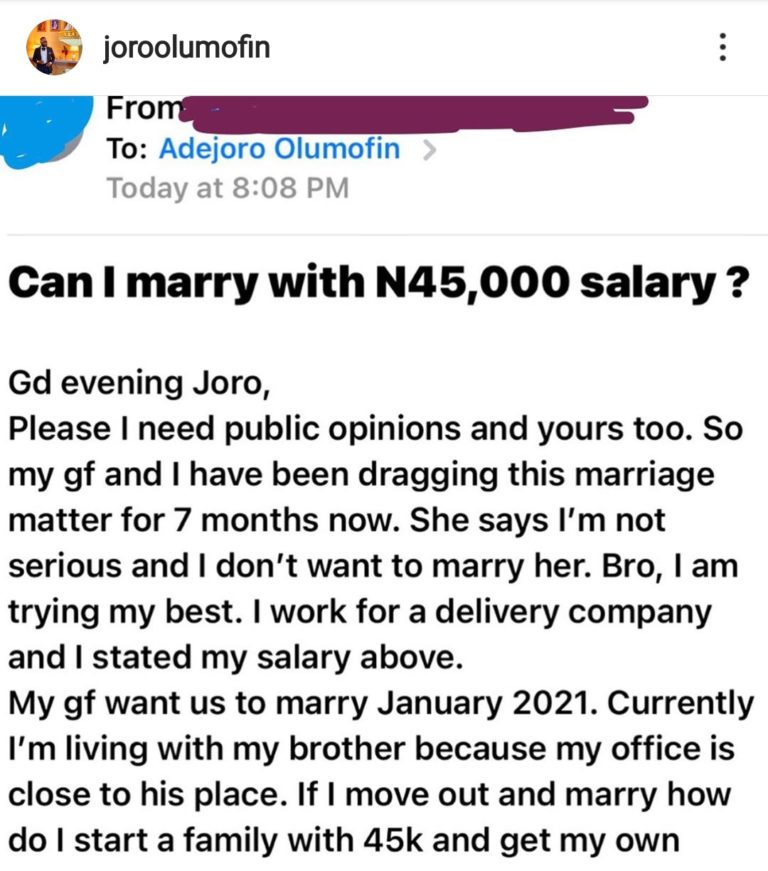 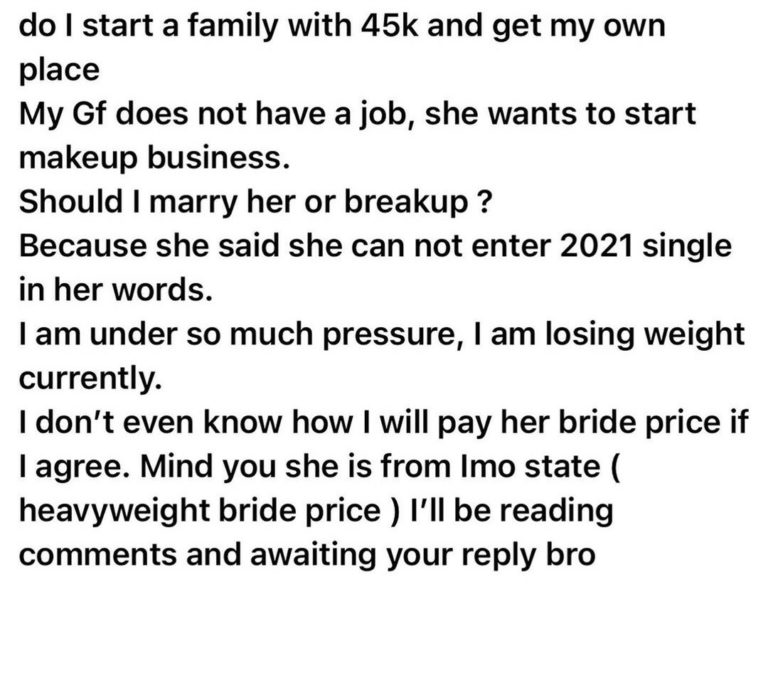