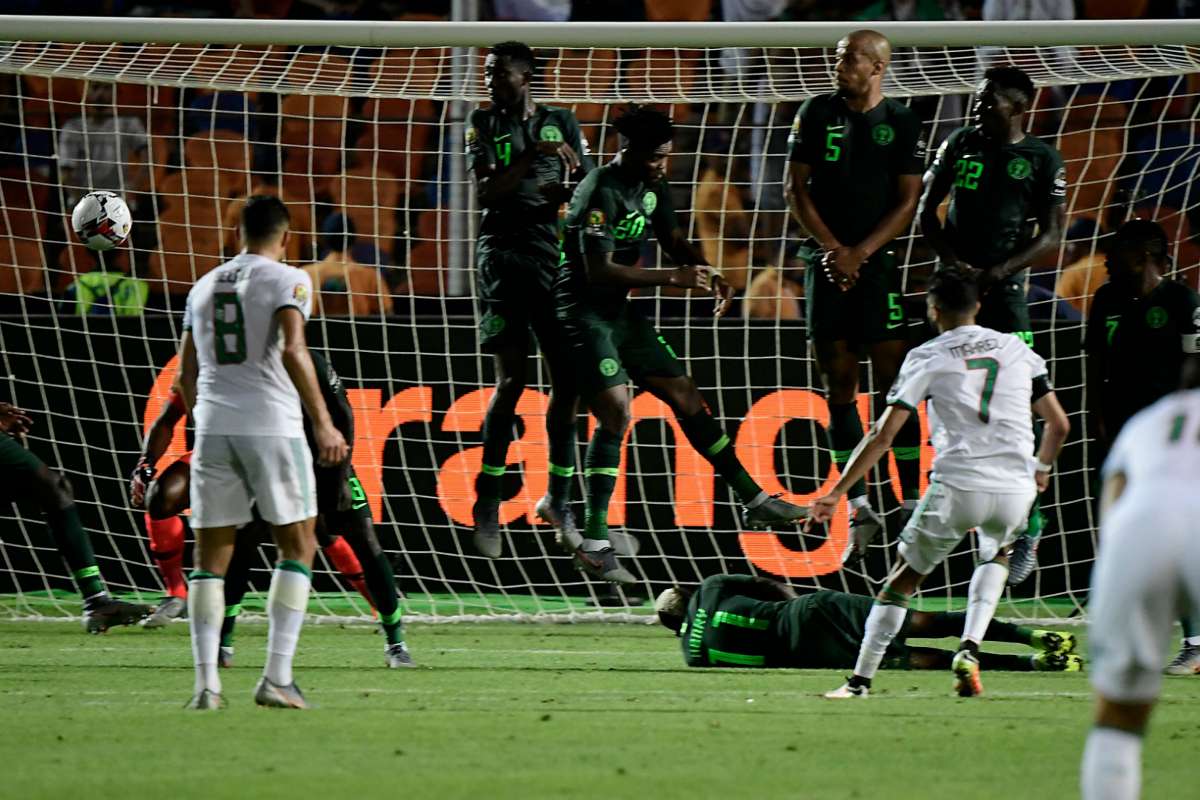 After going five games without a loss, defender Ramy Bensebaini put an end to the Super Eagles record last week after scoring an early goal in the match. The Borussia Monchengladbach defender secured Algeria‘s win after scoring in the 6th minute, but some hard lessons were learned during the game.

For starters, manager Rohr heavily depended on his star players, which made the game difficult for the team. Additionally, the team and the technical bench noted the qualities that were brought about by the change of the goalkeepers from Carl Ikeme to Maduka Okoye.

The promising performance by Maduka Okoye

While it was his first game since his debut last year in the match against Brazil, the Sparta Rotterdam goalkeeper showcased a stunning performance during this game. Okoye showcased his brilliant skills by his institutive effort to stop William Troost –Ekong from winning a header from the corner. However, the Sparta goalkeeper could do less about Rammy Bensebaini’s sixth-minute goal.

Okoye made decent to good saves for the rest of the game, with his skills inspiring many Betway punters to remain hopeful of the Super Eagles rise. However, the last minutes of the second half were delicate, including a concern that he had handed the ball outside the box. Fortunately, the case was handled quite comfortably in the end.

Despite failing to replace Carl Ikeme in the past, Okoye’s performance was encouraging last week. The 21-year-old impressed many soccer fans wagering on the game with Betway soccer betting, though he must sustain this skill level to grow his fanbase.

An isolated effort by Iwobi

On Friday night, the team’s heavy dependency on Iwobi was evident. Generally, most teams have one superstar player that they lean on to ensure the team has delivered the objectives. However, the adverse effects of relying on one player may include creating a plan B.

Iwobi offered a stunning performance in the first 45 minutes, which led to threatening attacks from the Nigerian side in the final third. Unfortunately, the effort declined in the second half of the game when the playmakers game broke down. That meant Rohr’s troops carried little eminence for the rest of the game.

In the second half, the Nigerian star misplaced many easy passes, making the three African champions toothless for a considerable moment.

The Porto left-back forward showed that he could be an attacking threat for the West Africans in the future. Despite the heavy presence of the defenders and the heavy marking, he showed that he has the skills to reckon with the best defenders.

In the first half, Sanusi created one big chance for Paul Onuachi, and the chance was open for the towering striker to tuck it away. Although the left-back was dropped off, his performance interval was promising.

The biggest lesson learned from the game between Nigeria vs. Algeria included raising performance from the newly introduced players in the team. That includes stunning performances by Okoye Maduka and Zaidu Sanusi. The two players showed their skills might aid the Super Eagles in winning more games in the future.

Soro Soke and other slangs that are trending during #EndSARS protest