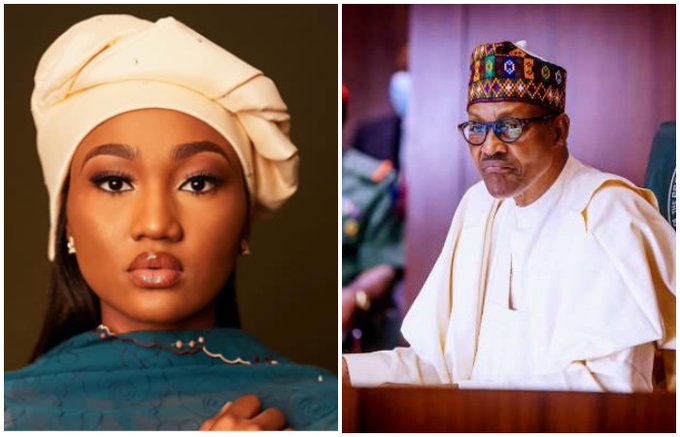 A daughter of the President, Zahra Buhari-Indimi, says the discovery of food items and other COVID-19 palliatives in several warehouses across the country is evidence that her father, Major General Muhammadu Buhari (retd.), is not Nigeria’s problem.

Zahra said this on her Instagram Stories on Sunday.

She wrote, “Now that people confirmed that Buhari distributed enough palliatives nationwide, it is clear Buhari is not our problem.”

Thousands of Nigerians have in the last few days plundered warehouses in several states including Lagos, Plateau,  Osun, and Kwara in the wake of the #EndSARS protests, PUNCH reports.

In some instances, COVID-19 palliatives donated by the private sector-led Coalition Against COVID-19 were found in private homes of politicians.

Some of the items include cartons of noodles, sacks of garri, and bags of rice, some of which had gone bad due to poor and prolonged storage.

In Osun State, the government said it was waiting for officials from Abuja to “commission” the goods hence the delay in distributing them while in Lagos, the Majority Leader of the House of Assembly, SOB Agunbiade, said he kept the palliatives in his Ikorodu home because he wanted to distribute them on his birthday.

Drama as Car dealer calls out Comedian Ebiye over non-payment of his benz car, Nigerians react