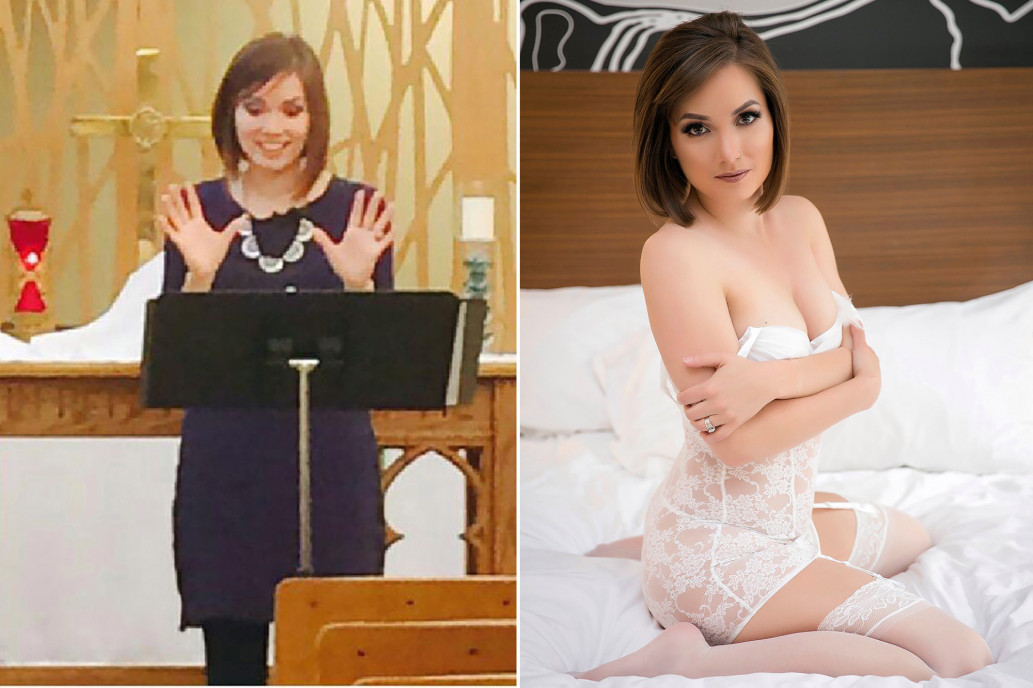 A pastor has given up the church to become a stripper and has amassed thousands of fans who pay to see her x-rated photos and videos, Mirror.Co.UK reports.

Nikole regularly post semi-clad images on her Instagram page to her 42,000 followers and runs a successful OnlyFans account where people pay to see explicit photos and videos of her.

She said: “I started off really timid like just topless photos, but now I’m at the point where I take personal requests and make videos very tailored to people’s specific desires.”

The 36-year-old said she always longed to be a stripper but she grew up in a strict Baptist family so was “indoctrinated to believe her desires and body were innately sinful and bad”.

Nikole got married and became a pastor – which she said was a move seen as rebellious in her family’s eyes as a “woman’s place was in the kitchen and looking after her children.”

But when Nikole, and her now ex-husband, joined an evangelist megachurch in St. Paul, Minnesota, she had an epiphany which led to her life-changing decision.

The church raised the possibility of gender equality within the faith.

Nikole then began to question her sexuality in 2016 after she went to a LGBT-oriented theatre performance and she realised she was bisexual and pansexual.

“I knew if I revealed my queerness I would lose it all because the church is not welcoming to queer people.” she said.

Not wanting to live a duplicitous life Nikole left the church for good and ‘came out’ in a confessional YouTube video posted on her social media platforms.

Nikole, who has now relocated to Los Angeles and divorced her husband, says she is “happier than ever”.

She added: “Every person has the right to express themselves in whatever way feels good to them and this is how it feels good to me.

“My sexuality is incredibly healing and sacred. And when I give this gift to people, it blesses them.”