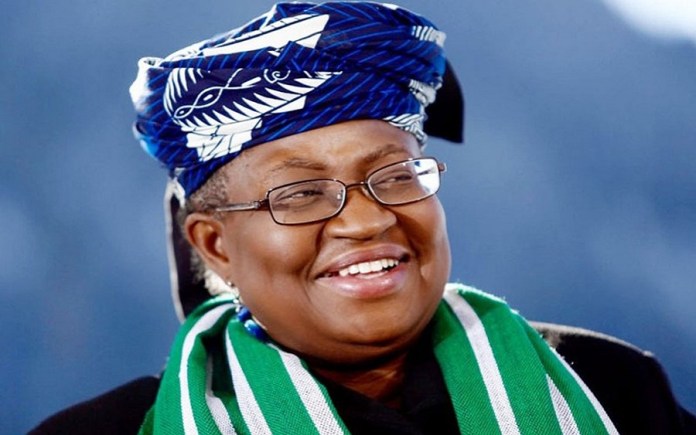 According to the reports, she polled 104 votes from 164 member countries to defeat South Korea’s Trade Minister.

DG-WTO: US officially backs Okonjo-Iweala to lead the WTO

She is now the first African and first female to head the WTO, which is a great win for Nigeria and Africa as a whole.

Following the announcement, Nigerians took to social media to hail the new DG over her latest feat and many have showed their happiness and support for her.

See some of their tweets below;

Congratulations to Mrs Ngozi Okonjo-Iweala @NOIweala, you made us proud. Thank you for changing the narrative.

Congrats, Ngozi Okonjo-Iweala @NOIweala, DG, @wto. This big win is not just for you, Nigeria or Africa, but for the entire world. We are confident about your competence& creativity, &know the world would feel the impact of your leadership.
Cheers to more successes for you, ma'am. pic.twitter.com/Bvn5PNzuvs

Congratulations  to you – Dr Ngozi Okonjo Iweala on your election as the Director General of the World Trade Organisation. Keep soaring. Keep inspiring. Keep serving. We are so very proud of you! pic.twitter.com/6djWvXchDs

Meet the real slay Queen, Dr. Mrs. Ngozi Okonjo-Iweala as she becomes the first black woman to become the Director General of WTO.

Ngozi Okonjo Iweala was the Minister of Finance under former President Goodluck Jonathan.