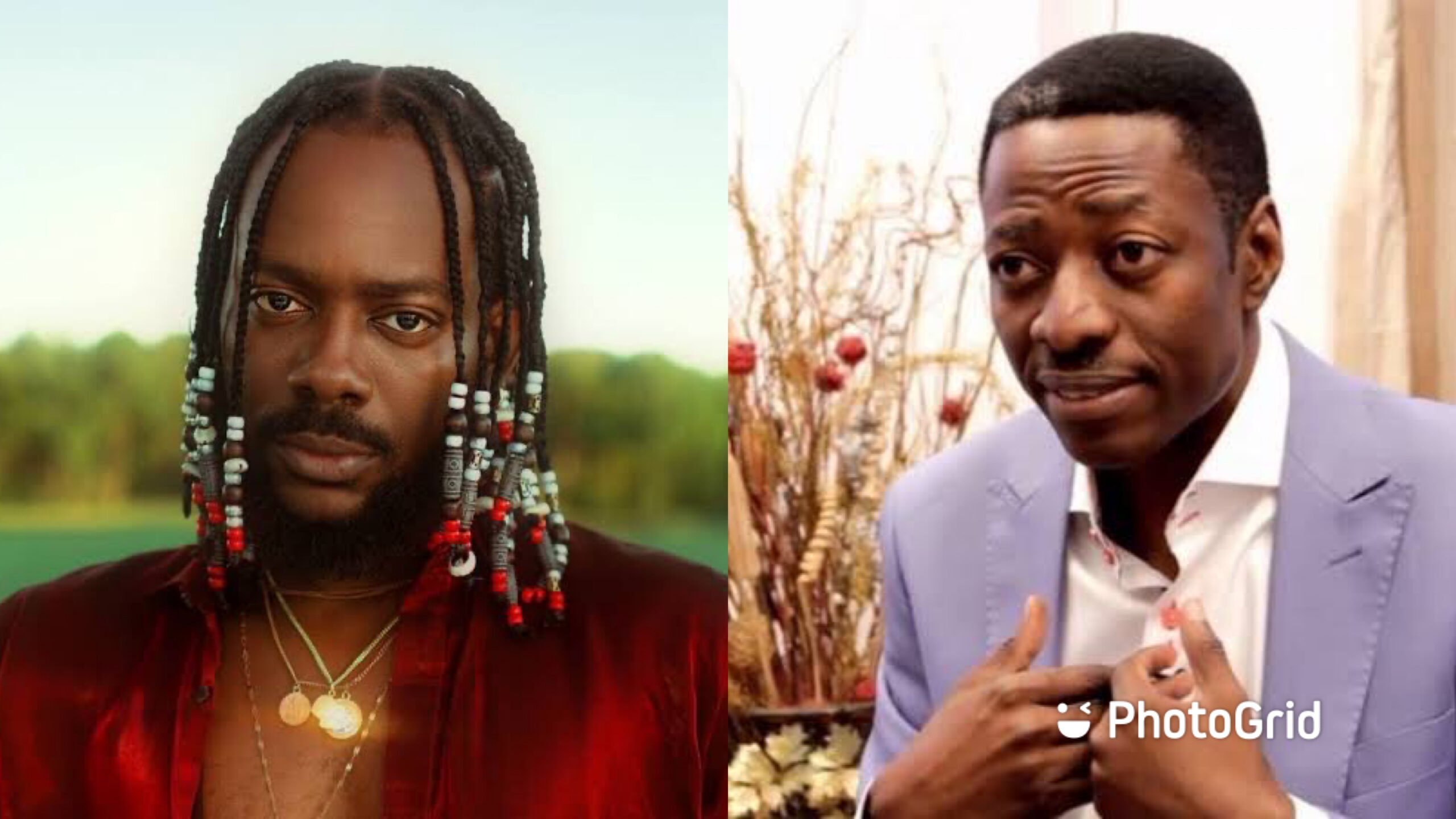 The senior pastor of Daystar Christian Centre, Pastor Sam Adeyemi has reacted to a kind gesture from musician, Adekunle Gold who offered to buy him a bottle of beer.

AG baby’s move is coming after the man of God has been given moral support to the Endsars protesters. Sam Adeyemi has been a standout voice in the demonstrations against police brutality in Nigeria as he’s used his platform to show solidarity and encouraged the youths not to backdown into the fight for freedom.

The singer took to his twitter saying: “Oloun, I for say Give Pastor Sam one cold beer but…”

Adekunle Gold recounts how he met Simi as they shower…

Pastor sam replied saying: “Ah! AG. Lead us not into temptation o 🤣. How chilled is it? No, don’t worry 🤣. Thanks a lot!” 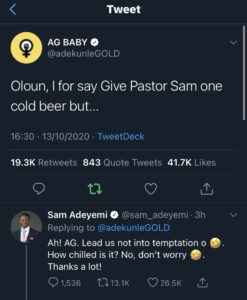