‘The Church is with you on this -Adeboye supports EndSars protests, calls on FG to meet demands fully 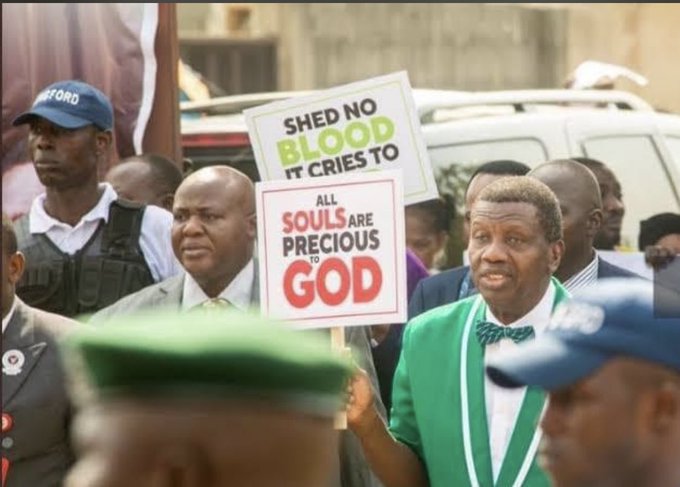 The General overseer of the Redeemed Christian Church of God, Pastor Enoch Adejare Adeboye has finally reacted to the ongoing demonstrations from young Nigerians across the country.

The respected clergyman through his social media platforms released a signed document by the church stating it’s support for the EndSars protests and agitations police reforms in the country.

“Our daughters will not be able to prophesy and young men will not see visions if we don’t keep them alive. I support the youths in this peaceful protest as they “speak up” to”, he tweeted on Tuesday night.

Read the full statement below: 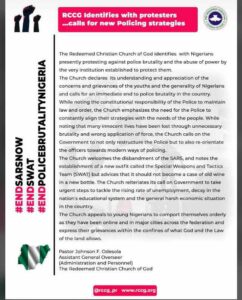