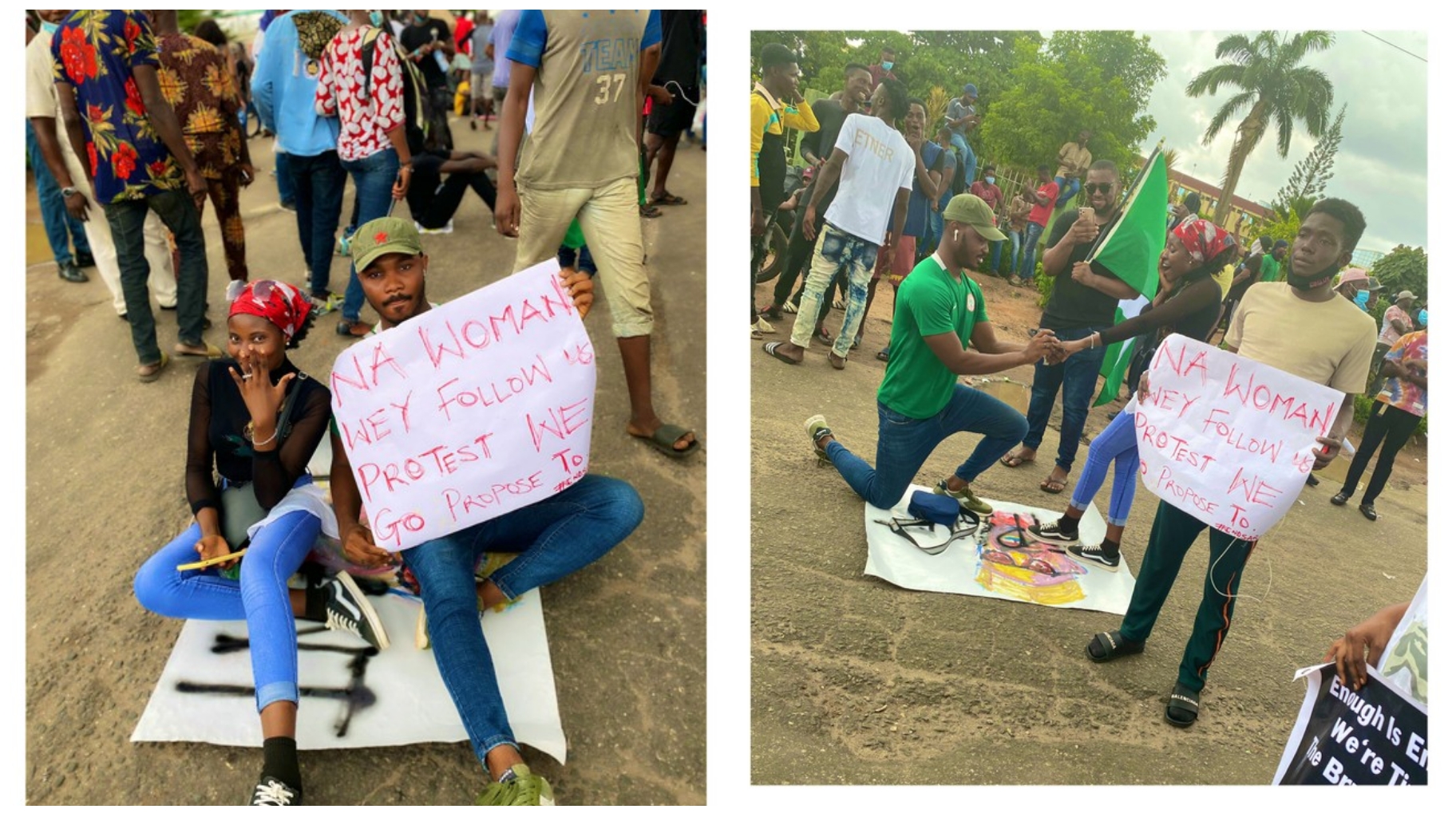 A young man identified as Demola on Twitter during the #EndSARS protest at Alausa, Ikeja, Lagos proposed to the love of his life.

The dramatic act lightened up the mood of protesters as some were seen smiling, others taking pictures of them with their phones while his friends cheered.

He took to his Twitter handle to announce the acceptance of his proposal by his girlfriend in a post which has since gone viral with over 6k retweets and over 10k likes at the time of writing this post.

Following this, Twitter users have reacted, while others applauded the move, others dismissed it as a stunt.

Proposed to the LOML today & she said Yes. my friends were there to cheer me up… ☺️☺️ #SarsMustGoNow pic.twitter.com/ssxm4btiVz