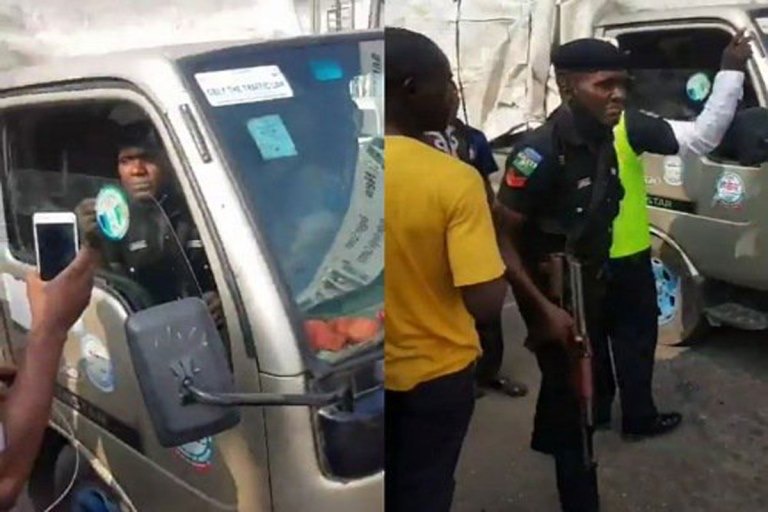 A truck driving her was rescued by some #EndSWAT protesters from a police officer who tried to extort money from him.

The police officer was captured in a video sitting at the passenger seat of the pick-up truck beside the driver as the #EndSWAT protesters tackled him forcing him to get out the vehicle.

What did he do? You must tell us what he did”, the protesting crowd were heard asking the officer.

Reactions as Nigerians on Twitter renew calls for scrapping…

Looking embarrassed after he was busted, he hopped out of the car and walked away in shame and they asked the driver to drive in peace.

An eyewitness identified a @sholium on twitter shared the video on the platform. Watch below:

This policeman today at Ikeja under bridge was trying to extort this driver we all stood up against him.
He left in shame, no more intimidation #AlausaProtest #EndSWAT ASUU NYSC pic.twitter.com/CXBolAB7us