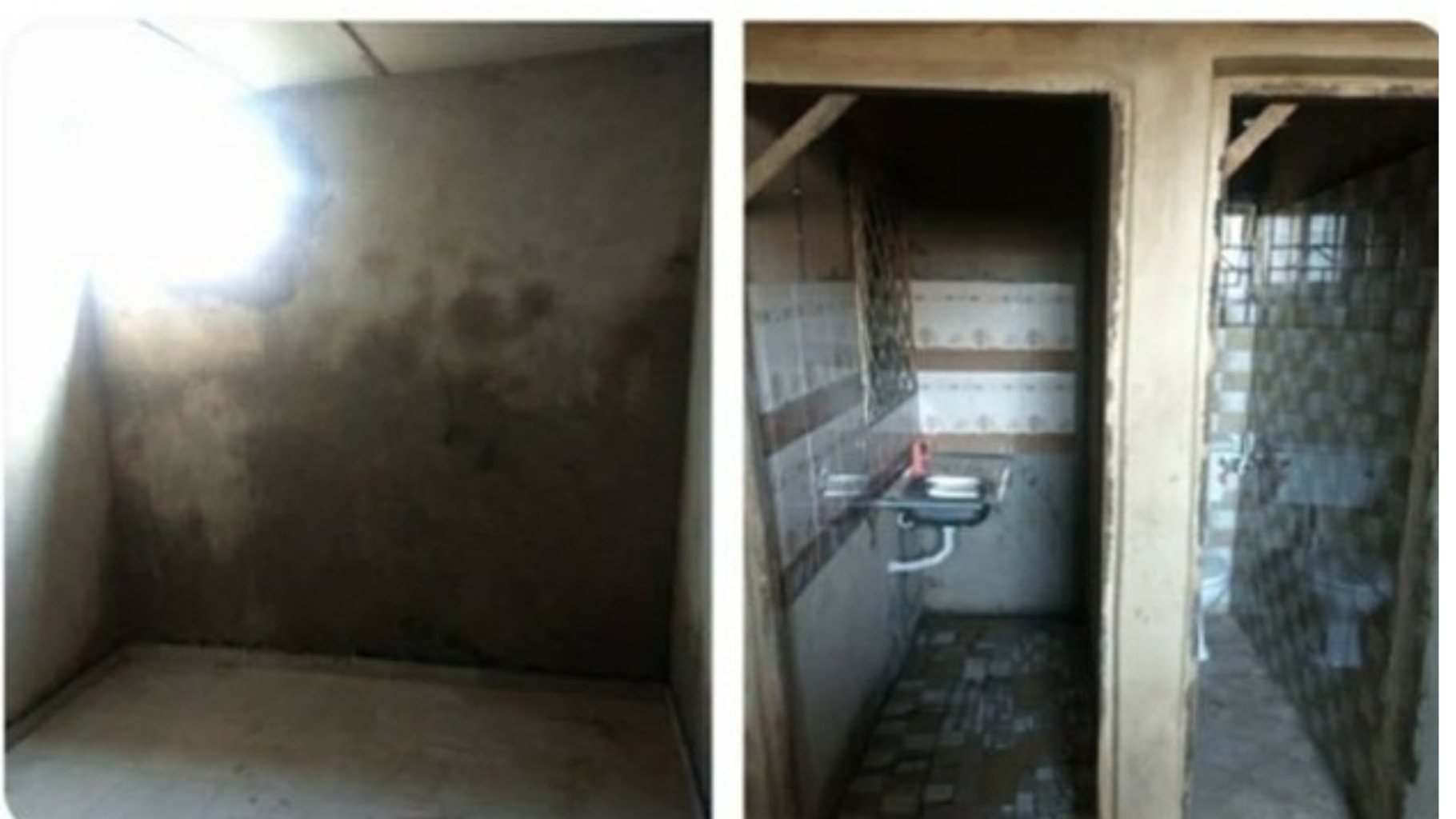 A prospective tenant searching for a house in Lagos recently took to social media to share photos of a house he was shown.

A look at the photos showed the accomodation is a room self-contained but it’s so small, one can barely move freely in it.

Asides being small, the room has a single small window that’s high up and doesn’t provide adequate lightening or ventilation.

Netizens react as two unemployed ladies hit the streets of…

“Guys I was just catching cruise” – Lady who slept…

“I had to stretch to reach the window,” the Twitter user wrote.

The kitchen and bathroom ars so narrow, such that movement will be restricted.

“Lagos is testing my mental health tbh. When I’m not a prisoner,” the Twitter user captioned photos of the accommodation.

To make matters worse, it was revealed that the accomodation costs 250,000 Naira per annum and this is minus the other fees such as agent, agreement, and caution fees. 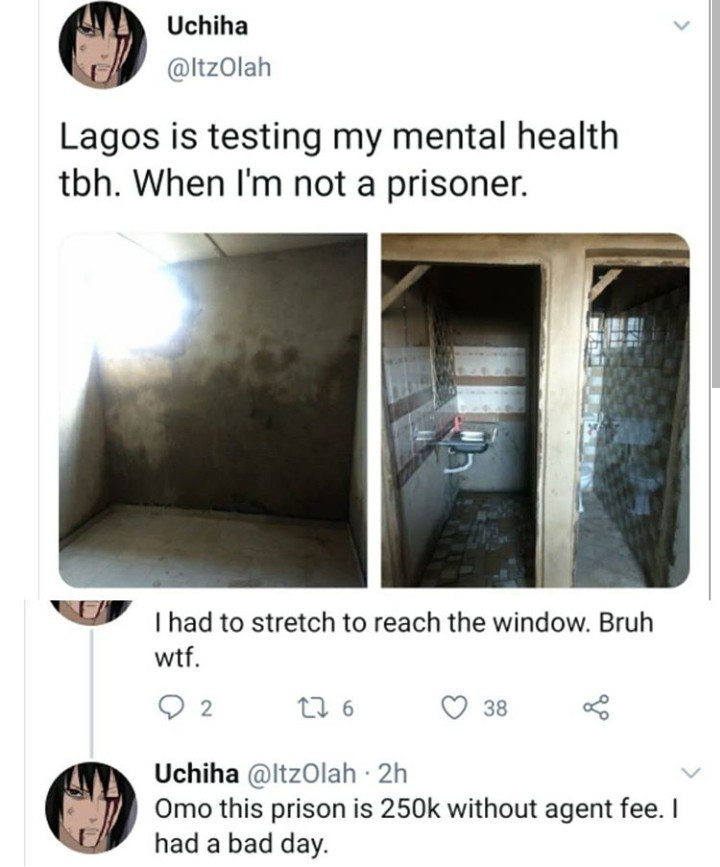