This comes after the 26 year old shared a photo with an outfit inspired by multiple award winning international singer, Cardi B.

The reality star was however bashed for her poor fashion sense, which according to some of the trolls is becoming a norm each time she posts a new photo.

BBNaija: We are not dropouts, we are successful – Erica and… 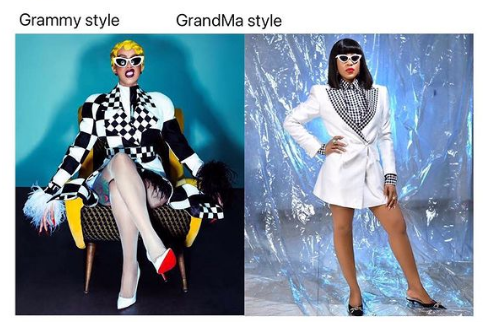 @_beenice2 wrote “Erica has fine face but her stylist aren’t dressing her to fit her shape. Still love her tho”

@femininenigeria wrote “I think Erica’s stylist doesn’t like her.”