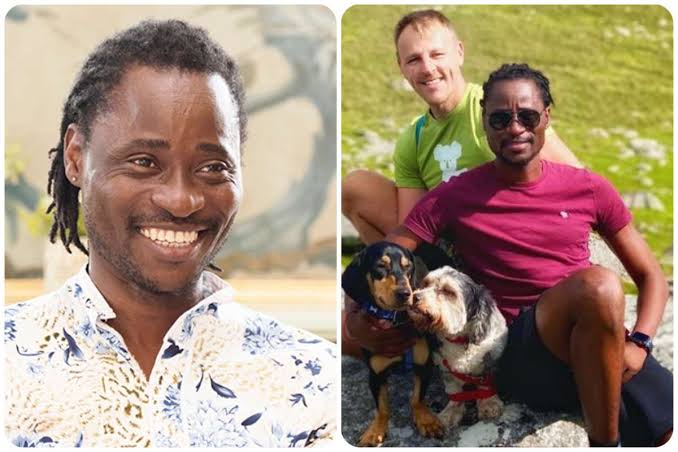 The Nigerian gay rights activist and Anthony Davies got married on the 5th of November, 2016, in London.

The couple appear to have been happily married for three years despite the heat their relationship might have faced from people of different ideologies.

Singer Tope Alabi and her husband jubilate as their marriage…

See also; ‘You gave me a shot when no one knew me’ – Patoranking celebrates Reminisce

To mark their special day, Bisi Alimi penned a special note for his partner on social media.

”4yrs of being married to this one and it has been fun, though he gets on my nerves a lot and if you don’t know, looks can be deceiving; he is a shady bitch. Happy anniversary Anthony Davis.”