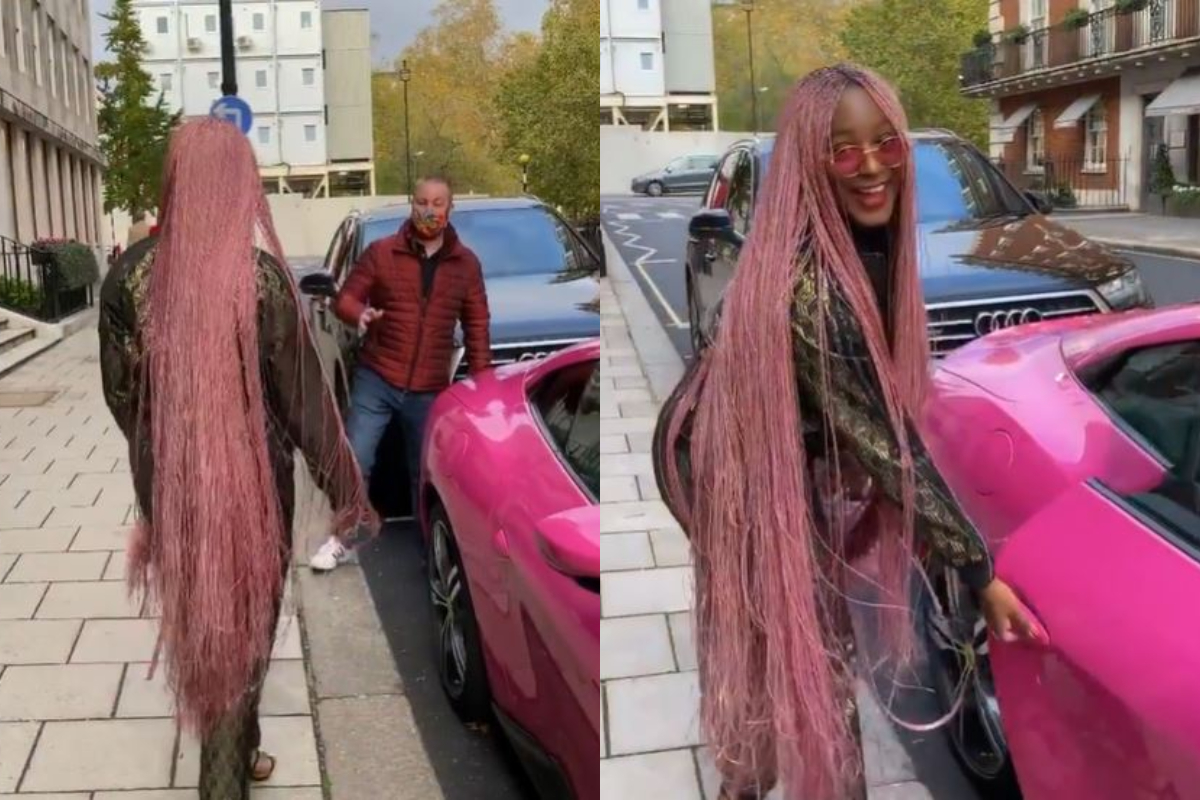 A white man was overwhelmed when billionaire daughter, Florence Otedola AKA DJ Cuppy walked up to him while posing for a picture with her Ferrari.

In the video she shared online, Cuppy and her entourage walked in without his notice when he was trying to take photos with her new Ferrari Portofino.

See also; “Are you being delibrately stupid?”, Nigerians come for actress, Rita Edochie over her prayer for Donald Trump

When she inquired from him if he wanted to take a photo, the man who was already dumbfounded at what he saw declined by repeatedly saying “No” and walked away without a trace.

DJ Cuppy’s Ferrari is the same one gifted to her by her billionaire dad, Femi Otedola some months back.