Daddy is sleeping, don’t shout – Emotional moment a child tells people not to cry at her father’s burial 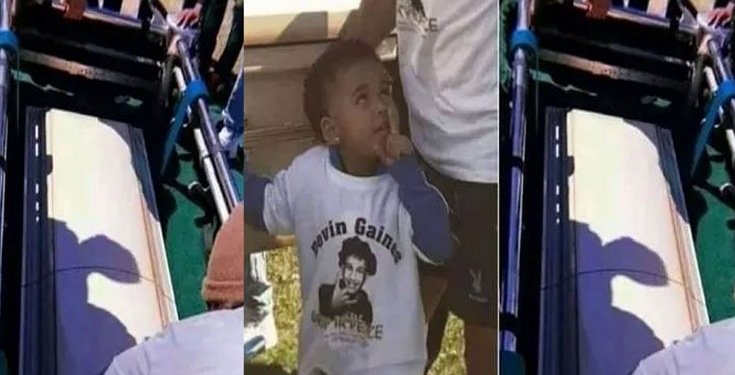 A toddler has made a gloomy moment even more emotional as she warns people at her father’s funeral not to make noise in order not to disturb her sleeping father.

A post was made on the internet recently, about a young girl who lost her dear dad, she is just too young to understand what was happening to her dad at the moment, she as a child thought that her dad was just sleeping, because of this she told everyone around for her dad’s burial to keep calm in order not to wake him. This is indeed a sad moment for anyone.

This little kid raised the emotions of many people both at the funeral ground of her dead father and that of social media users after the sad incident was shared on the internet.

See screenshot of video below 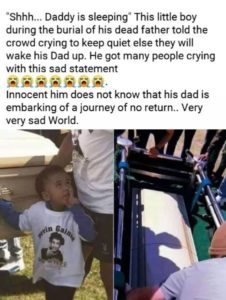 After A Month Of Separation Between Precious And Femi Fani-Kayode, See Recent Photos Of Her & Their Adorable Triplets