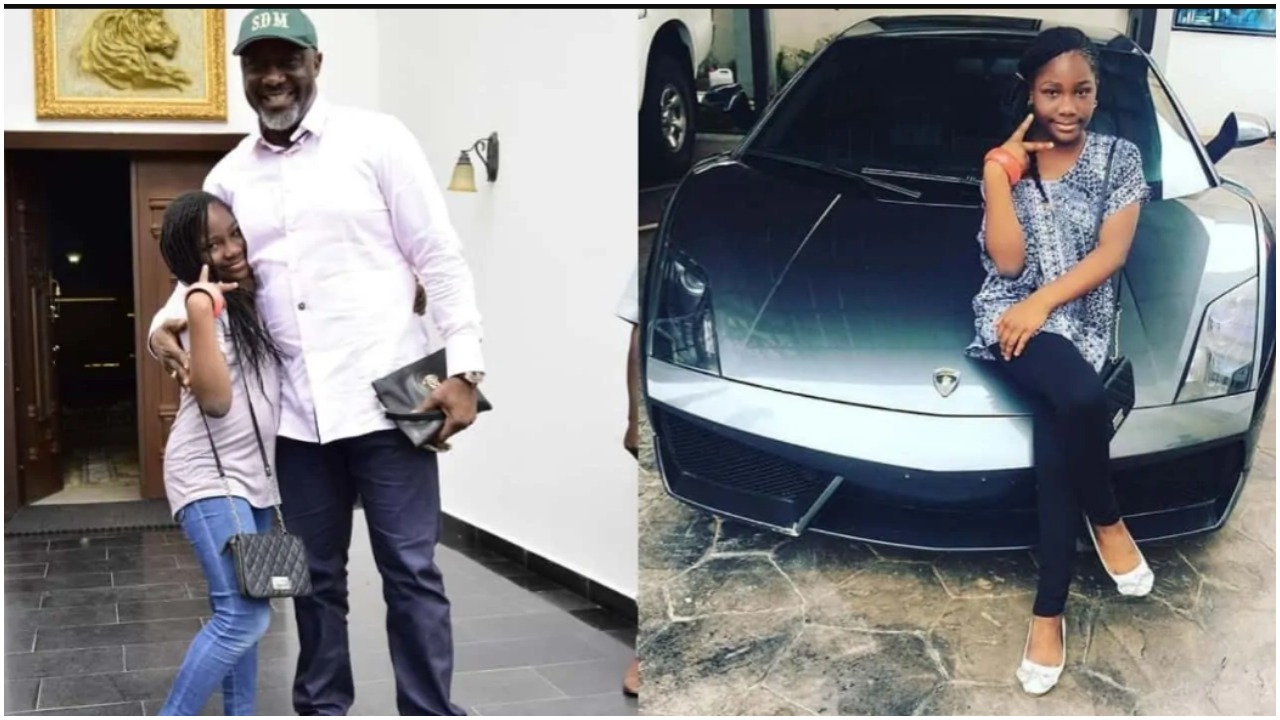 Controversial Senator, Dino Melaye has reacted to allegations that he bought his 11 year old daughter a Lamborghini as a birthday gift.

Recall that few hours ago, the rumour that Dino bought his daughter a multi million naira car sent social media into frenzy. This was after his daughter shared a photo standing in front to the grey Lamborghini with the caption ‘Thank you Dad’.

According to Dino, he did not buy his daughter a car for her birthday.

Iyabo Ojo breaks silence on her relationship with Dino…

Dino Melaye reacts after his voicenote with actress, Iyabo…

Taking to Instagram to debunk the rumour, the 48 year old politician wrote;

“Fake account. I did not buy any car for my daughter”

@joyaustin4743 wrote “Well done. Thanks for debunking this rumour. It did not make sense.”

@parybett wrote “Was wondering o, but people sha.thank God it was a rumour”

@legendarysuny wrote “So who own the car she took picture with ? Na question I ask oo”

Man who trekked to celebrate Buhari in 2015 gets car, N2m after crying for help