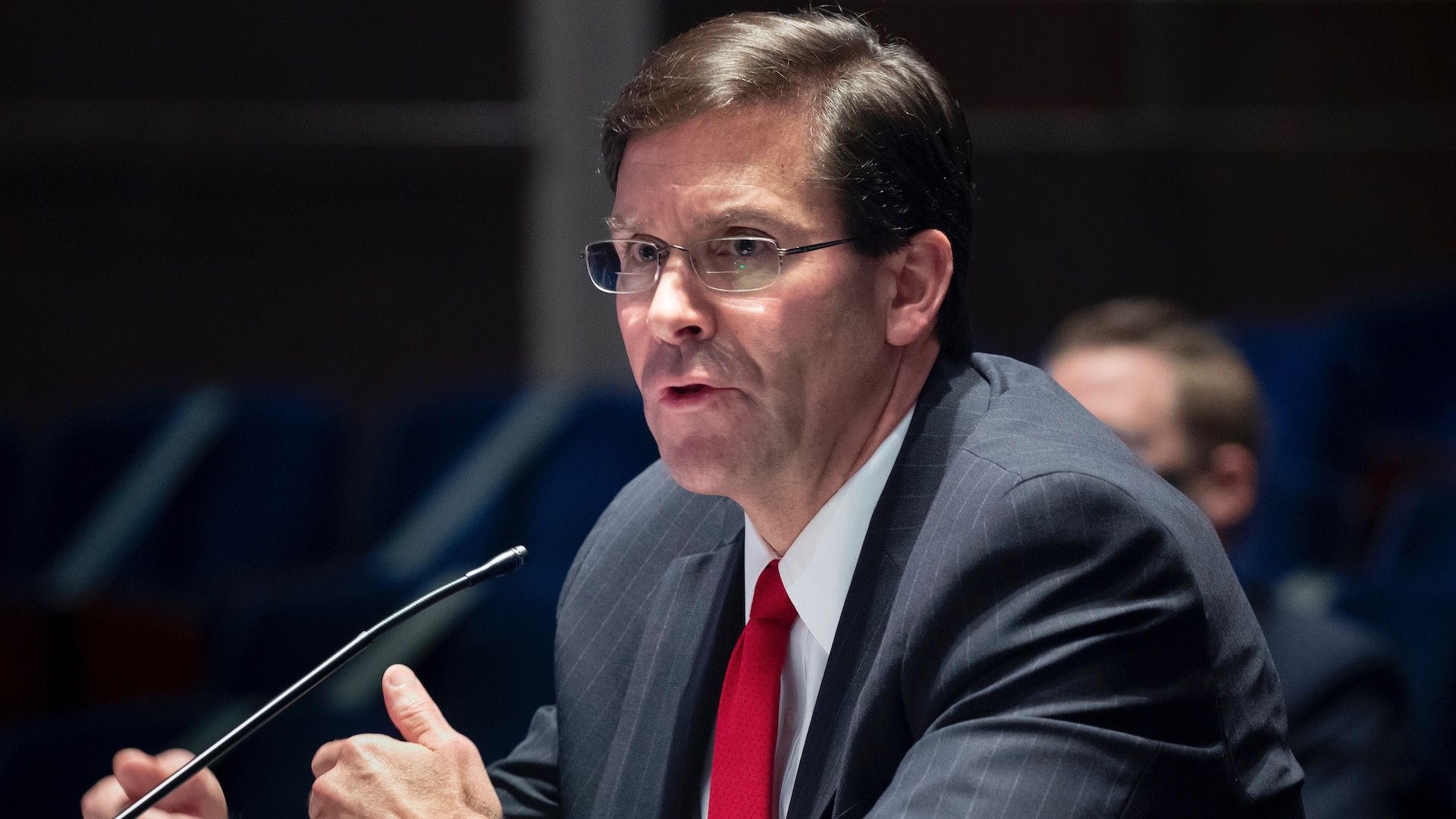 Donald Trump’s defence secretary, Mark Esper has reportedly prepared his letter of resignation as America awaits the results of its presidential elections.

NBC News reports that Esper prepared the letter “because he is one of the Cabinet officials long expected to be pushed out after the election.”

The defense secretary has long been at odds with President Donald Trump over several issues including over Trump’s use of the National Guard to quell protests this summer.

The report said Esper was currently helping members of Congress draft legislation to remove the names of Confederate leaders from military bases.

According to the officials, this week, Esper provided a written framework to Pentagon leaders for renaming installations and possibly even ships and street names on bases that honor Confederate generals or leaders.

The move could put Esper further at odds with the president, the report said.

NBC cited multiple current and former officials who confirmed the development, but a spokesman for Mr. Esper told the network he is not resigning.

Chief Pentagon spokesman Jonathan Hoffman called the NBC News report “inaccurate and misleading in many ways,” saying Esper is not planning to resign and was not asked to submit a resignation letter.

“He continues to serve the nation as the Secretary of Defense at the pleasure of the President and is working on the irreversible implementation of the National Defense Strategy,” Hoffman said on Twitter.

Meanwhile, Americans are still waiting for the results of elections that will decide who will become the country’s 46th president.