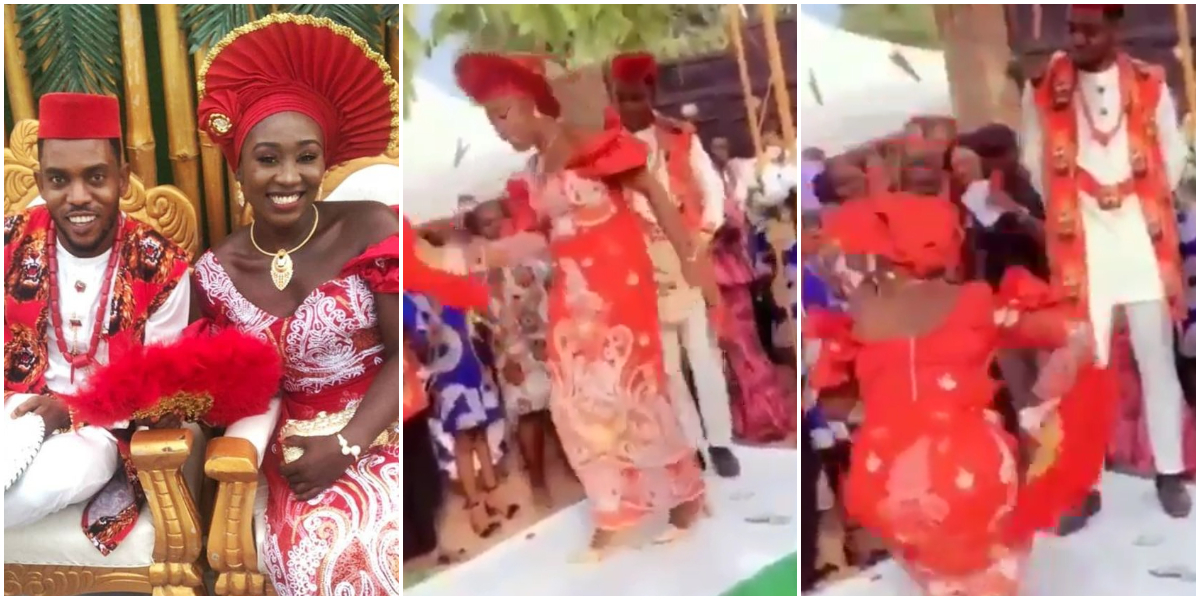 A video of a new Nigerian bride and her groom has gone viral on social media leaving many amazed by the level of energy she has when it comes to dancing.

The video which was shared on Instagram showed the new couple as they danced at their traditional wedding ceremony.

The couple who were donned in beautiful red and white attires and surrounded by their guests were seen dancing gently until the DJ played a song called Skeleton Move by Master KG and they went wild.

It was as though the bride was waiting for that song to come up as she showed off her dance steps. Not even her wrapper could stop her from raising her legs, or bending down to show more steps.

At a point, the groom had to stop dancing as he stood to watch his wife take over the dance floor while he nodded his head in approval.

Watch the lovely video below

Video of Social Media Influencer, Motara teasing a child beggar trends in France and US