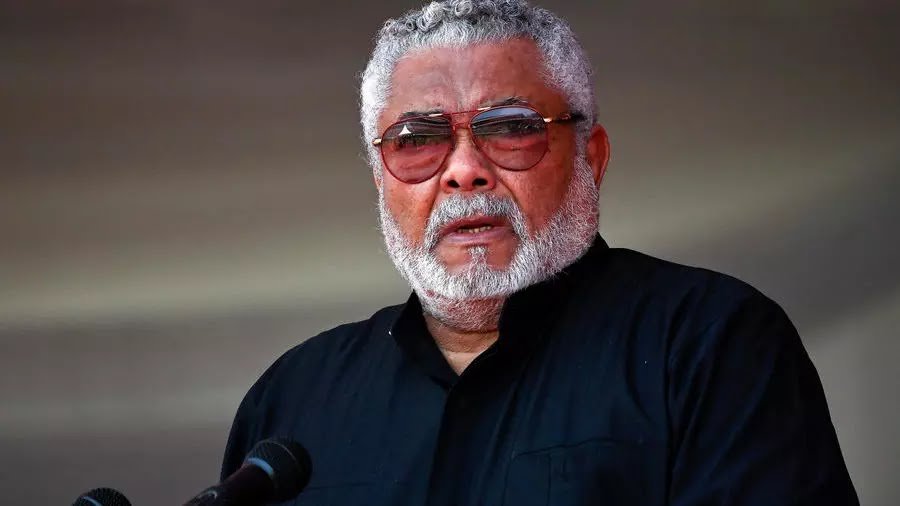 Ghana’s former president Jerry Rawlings, a member of the radical and charismatic generation of figures who emerged in West Africa in the 1980s, died on Thursday aged 73, the presidency said.

The former air force flight lieutenant led two coups in 1979 and 1981, railing against corruption and stamping his authority on the nation before ushering in democracy.

Double celebration for actress Yvonne Nelson as she bags her…

Under his uncompromising command, several former heads of state and army bigwigs were executed, but to many of Ghana’s poor, Rawlings was their champion.

The son of a Scottish father and Ghanaian mother, the larger-than-life figure became a national icon as he headed Ghana for 20 years until 2001, being voted in as president at the ballot box in 1992 and re-elected in 1996.

Ghana’s president Nana Akufo-Addo said in a statement that Rawlings had died “after a short illness” on Thursday morning at hospital in Accra.

“A great tree has fallen, and Ghana is poorer for this loss,” the president said.

Akufo-Addo ordered flags around the country to be lowered to half-mast for seven days of national mourning from Friday and said he was suspending campaigning for the upcoming election in December.

The candidate from Rawlings’ National Democratic Congress candidate, John Mahama, wrote on Twitter that he was also halting his rallies “following news of the passing of our Founder and former President of Ghana, Jerry John Rawlings”.

“May his soul Rest In Peace,” Mahama, also a former president of Ghana, said.

“My sincere condolences to his family, the people and the government of Ghana,” he wrote on Twitter.

Rawlings got the first taste of power in 1979 when he banded together with other junior officers frustrated over widespread corruption to take control.

He quickly handed the reins to an elected president but was soon back at the top following another coup on 31 December 1981.

Starting out as a populist inspired by the left-wing policies of the Soviet Union and Cuba, he eventually turned to free-market economics to boost Ghana’s suffering economy.

He was a contemporary and later a friend of Thomas Sankara — “Africa’s Che Guevara,” the Marxist-Leninist revolutionary who came to power in Burkina Faso in 1983 at the age of 33.

But Rawlings also heeded the calls for multi-party democracy that swept Africa in the early 1990s, and in 1992 held the first elections in his homeland since 1979.

With all the levers of power at his disposal, he beat out the opposition and then claimed re-election four years later in 1996.

He finally left office for good in 2001 after seeing the NDC lose its grip on power as his vice-president lost at the polls.