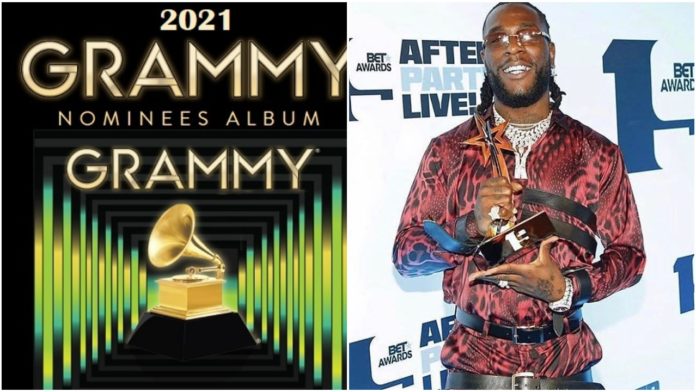 Multiple award winning afrobeat singer and songwriter, Burna Boy is in a celebratory mood following his latest achievement  which saw him bag another nomination at the upcoming 64th Grammy Award Show.

Recall that Theinfong reported that Burna Boy’s 5th studio album ‘Twice as Tall’ which was released in July 2020 was nominated alongside other four albums for the Best Global Music Album.

See also: Lady recounts how a man knocked her on the head for turning down his offer

African artistes must learn to use their brains –…

Classy: Watch as Wizkid and Burna Boy play the…

Burna Boy’s new album “Twice As Tall” will be battling it out against the likes of Antibalas, Bebel Gilberto, Anousha Shankar and Tinariwen at the 63rd Grammy Award which will be holding on the 21st of January 2021.

Burna Boy decided to celebrate the huge achievement by hosting a small party which has in attendance, his adorable mother and hard-working crew.

See video of Burna Boy, his mother and crew celebrating his nomination below :