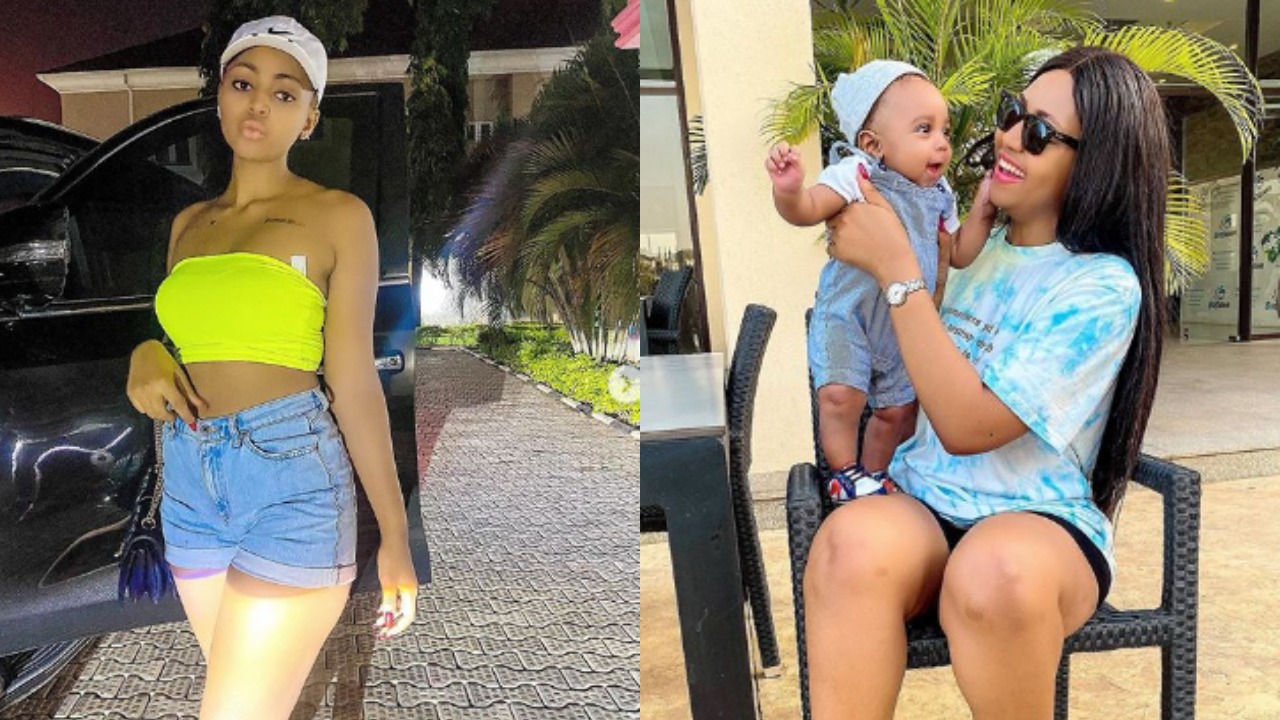 Wife of Billionaire, Regina Daniels in a video that surfaced on the internet, was heard saying Munir is not her son but her brother.

According to the mother of one who her friends accused of not dressing like a mother, as far as she is concerned, she is not a mother yet and Munir is her little brother.

Although, the 21 year old actress was being sarcastic, but she would not stop mentioning that the little boy is her younger brother and her mum who was also in the video is her elder sister.

@baby.ella22 wrote “Is like am ready to have kids”

Davido: If I run for any political office, nobody can beat me (video)