A woman recently took a bold step as she indicated interest in dating a Twitter user who bears the same surname as her.

A cloud engineer named Ayomide Salako tweeted a response to a Tweet shared by a popular Twitter influencer and a woman named Rofiah Salako went under his response to shoot her shot.

She tweeted: “Since you are having my surname already. I think, its of great opportunity for me not to change my surname again. If a chemistry can occur between us. or what do you think?” 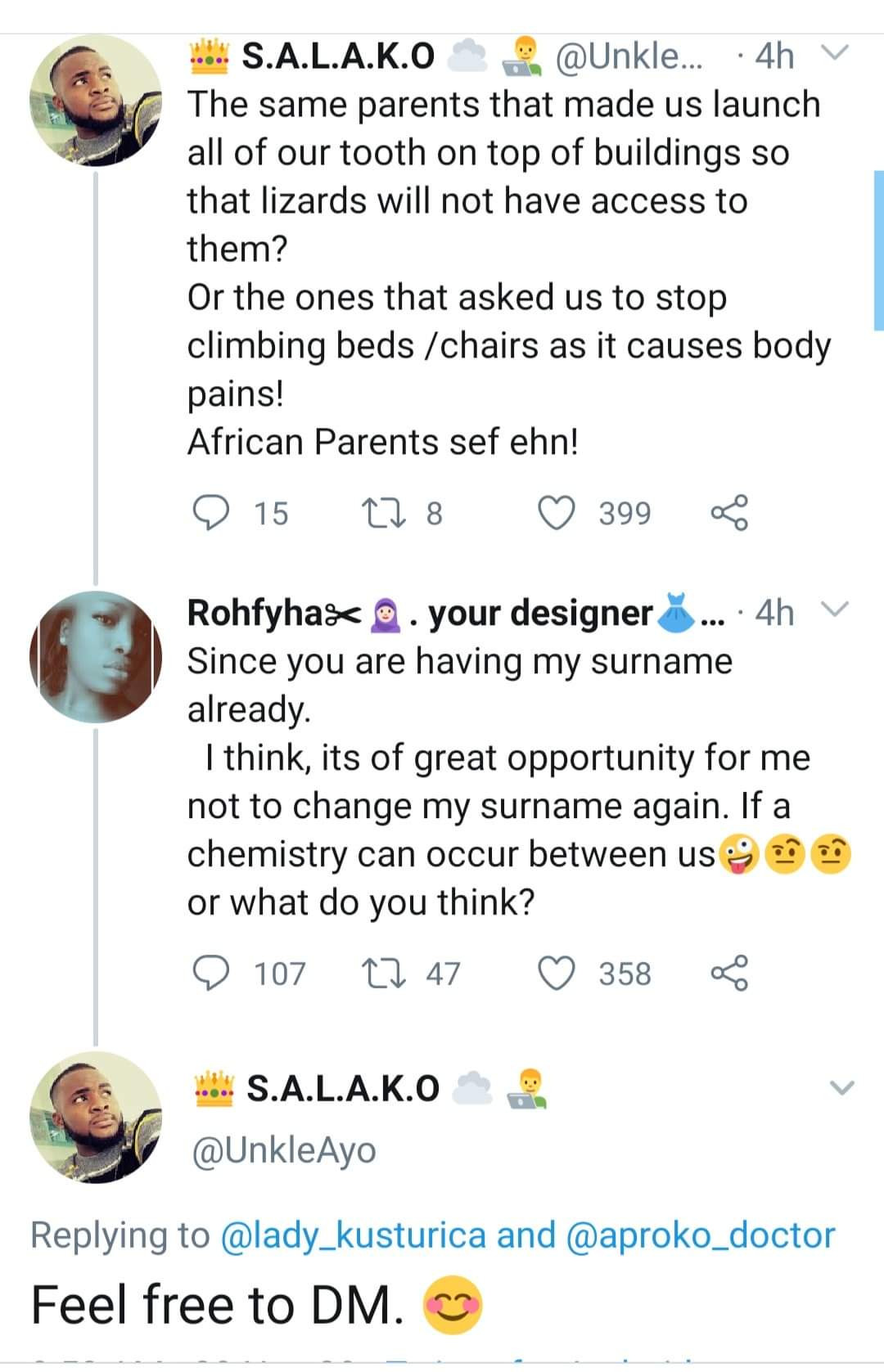 The tweets have gone viral with Nigerians already planning their wedding for them in the replies.