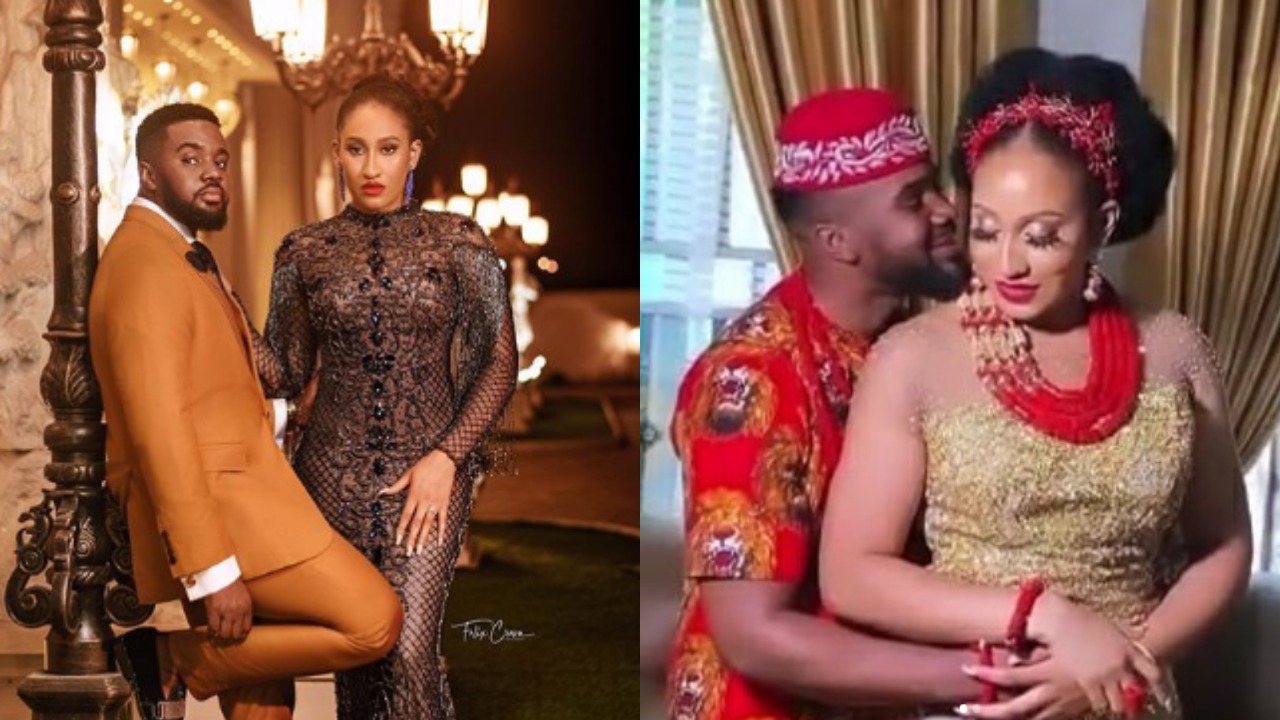 Recall that few hours ago, photos from the traditional wedding to the couple surfaced on social media, days after their pre-wedding shoot went viral.

According to Brunella in an interview with Wedding Digest Naija, she sent him a DM on Facebook after the Holy Spirit told her he is her husband.

“It was the evening of 22nd November 2016 when I was scrolling down on Facebook and randomly came across a video of a guy (Williams) preaching the gospel and advising the young people on the path to follow in life.The video was about 15 mins long but 30 seconds into the video I heard a voice saying “This is my husband”.

Speaking further, Brunella said “I had no idea who this guy was, never even heard of his name before but I felt the urge to message him on FB messenger just to encourage him to do more and never give up on his passion. I immediately clicked on his name, noticed it was a “fan page” but didn’t think too much of it because i thought that maybe he was a motivational speaker of some sorts. So I messaged him but I was not expecting a reply.

At the time I had just started my MSc. Degree 2 months ago and I vividly remember going to uni the next day all happy and smiling, telling all my friends that I had met my husband the night before. My friends can bear me witness because they thought I was crazy when I narrated the circumstance surrounding my statement (bearing in mind I hadn’t got a reply yet!). That afternoon , 23rd November I surprisingly got a reply from him. He then gave me his number and asked me to message him on WhatsApp. That same night he video called me and we spoke for hours. And the rest is history.”

OAP, Toolz Oniru suggests what should be done to anyone who maltreats an underage child

“Thank God my mother is finally dead, she was a very wicked woman” – Lady rejoices over her mother’s death