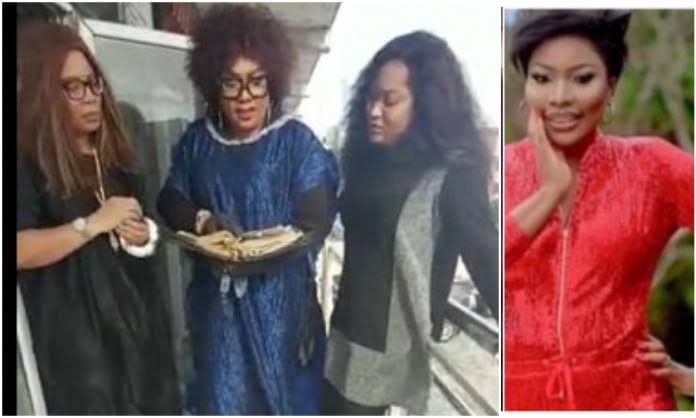 Recall that the duo locked horns last week when Ogala claimed that Enendu lied about the scope of her shop that was destroyed during the looting that attended the #EndSARS protests.

A few days later, veteran actress and evangelist, Eucharia Anunobi, visited Elendu’s shop and rained curses on anyone who claimed that the latter was chasing clout.

However, Ogala told Sunday Scoop that she was not scared of the curses. She said, “I am not worried about anything. They rained curses on themselves, not me. I am an ordained child of God. They are actually scared of me. While growing up, I watched Eucharia in movies and wanted to be an actress. However, she was not one of my role models. I did not like her personality because she looked fake. I have a lot of ‘dirty’ facts about her that I don’t want to disclose. Sometimes, I wonder why people listen to her preach. They were just trying to do damage control. It was only after I called out Uche that she posted the real picture of her shop. Some people may say I am insulting my elders but that is what happens to elders that don’t respect themselves.”

Bobrisky recounts how a friend got nothing from boyfriend of 3 years, advises women to use their brain

Cardi B dresses for Halloween with sexy gold-plated Medusa costume