Kogi State introduces levy on every loaf of bread 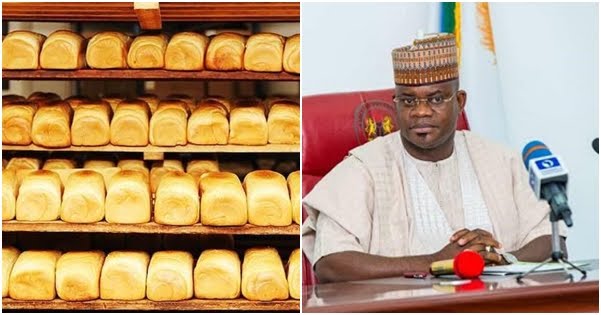 The Kogi state government has introduced a levy on every loaf of bread baked in the state.

The state ministry of commerce and industry said the levy is aimed at improving the internally generated revenue.

But the state chapter of the Association of Master bakers and Caterers of Nigeria (AMBCN) told TheCable on Thursday that the bakers are against the levy.

See also: Like Mother, Like Son: The moment Mercy Johnson’s son tries his acting skills as a police officer (Video)

An executive member of the association simply identified as Godfirst said the association has begun moves to meet with the consultant the state charged with collecting the fee.

Godfirst said they received a memo from the ministry imposing a levy to be paid “on each loaf of bread” produced.

He said bakers in the state are experiencing hardship occasioned by the pandemic and will not be able to meet the new demand.

“We are not happy about it, presently there is no market. We are facing different types of challenges, and if they are now asking us to pay another tax, we don’t know how we can cope,” he said.

Kingsley Fanwo, the state commissioner for information, was not available for comments when TheCable called his phone number.

Like Mother, Like Son: The moment Mercy Johnson’s son tries his acting skills as a police officer (Video)