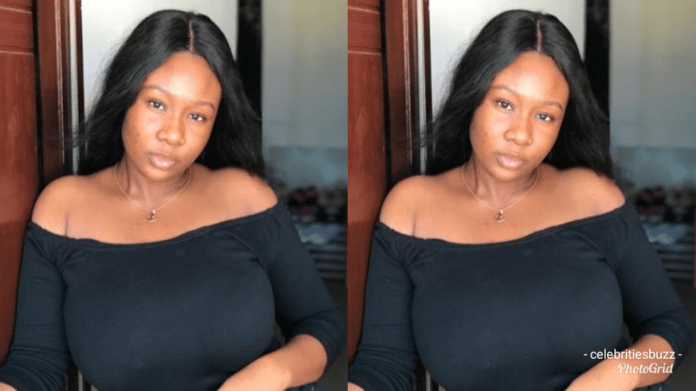 A Twitter user identified as Nyavor has taken to the platform to recount an incident with a man she met in a commercial bus known as “Trotro”.

According to the lady, the man approached her and said she was beautiful, however, went on to ask her to come with him which she refused.

She noticed he started using his arm to touch her breast and so she decided to move to the back seat, but after the man in question alighted from the bus, he gave her a knock on her head.

She wrote; “Guys, I picked a trotro on my way back from madina market. This man came to join me at the front seat with the driver. He was told me I’m very beautiful and all that and I said thank you, next thing was” let’s go and spend the night”. I didn’t respond and just turned my head.

He started using his arm to rub against my breast I turned to the driver and told him I wanted to move to the back. So he moved me there. The man got to his destination, came to where I was sitting by the window and gave me a knock on the head.” 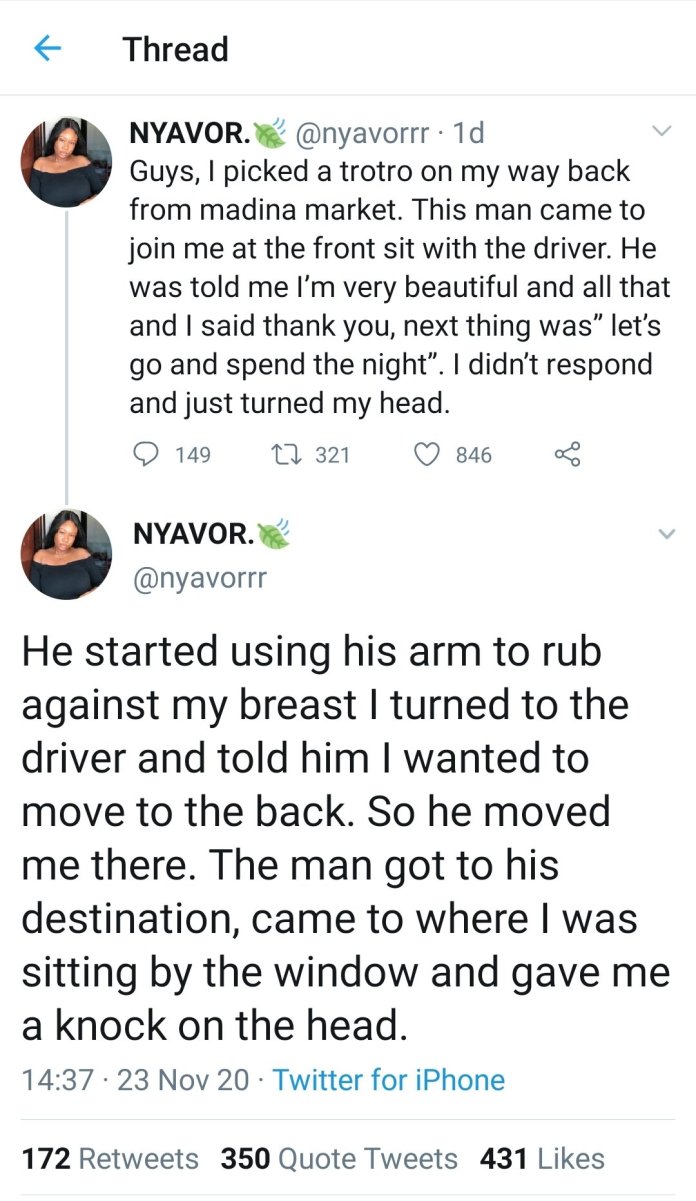