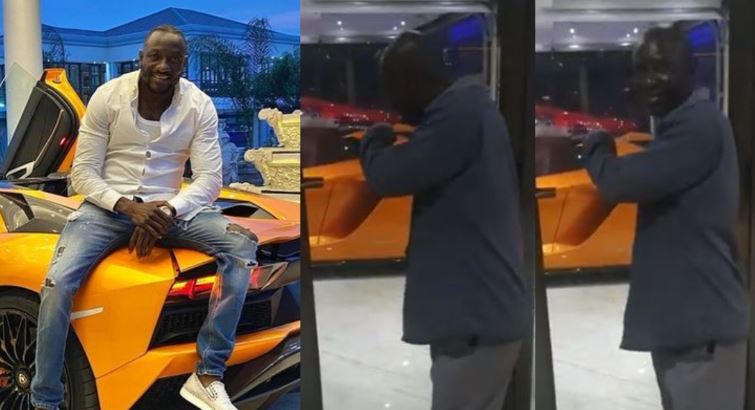 The family members of the late Zimbabwean millionaire, Genius ‘Ginimbi’ Kadungure have already begun his wealth sharing plans amongst themselves days after he died in a tragic road accident.

Regardless of him not being buried, one of his family members believed to be his uncle has been captured in a video, pointing to the Lamborghini Aventador Ginimbi left behind as the car he wants as his share of the spoils.

The video has since gone viral and sparked rage in some social media users. Ginimbi is slated to be buried on Saturday, 14th November 2020 in his residence. According to reports, Ginimbi had no wife nor daughter before his passage

READ ALSO: From Rolls Royce To Casket! See The Strange Image Found In The House Of Ginimbi

#Ginimbi had no wife and kids. His relatives will share his wealth. A man can he heard asking his relative which of #Ginimbi cars does the man want. The man points at the Lamborghini pic.twitter.com/i78Jh2IxYR