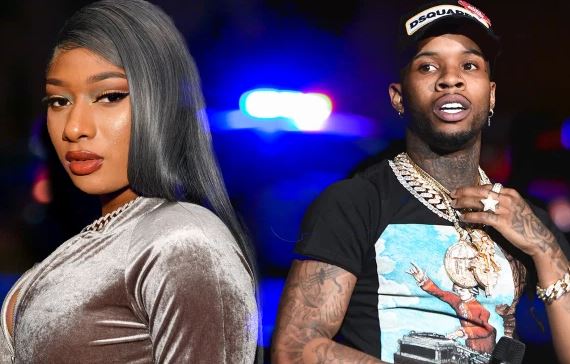 Megan claimed she and her now ex-best friend Kelsey Nicole, were offered money by Tory to remain silent about the night she was shot.

In a new interview with GQ, Megan recounting the events of what happened back in August, speaks about her decision not to initially name Tory as the shooter due to her fears but has now accused Tory of offering her and Kelsey money in exchange for their silence.

“At this point, I’m really scared,” Meg says. “This is like right in the middle of all the protesting. Police are just killing everybody for no reason, and I’m thinking, ‘I can’t believe you even think I want to make some money”

GQ reports that Tory’s lawyer has denied that he offered the Megan Thee Stallion and Kelsey money for their silence.

However, Tory was charged with felony assault in October for his alleged involvement in the shooting.

He was set to go before a judge in early October but it was pushed back to November, and he was ordered to stay away from Megan Thee Stallion.

As Tory awaits his court hearing which was set for November 18th, he has been vocal on social media about his innocence, and seems to be getting back to living a normal life.

Empress Njamah shares new photos as she celebrates her birthday