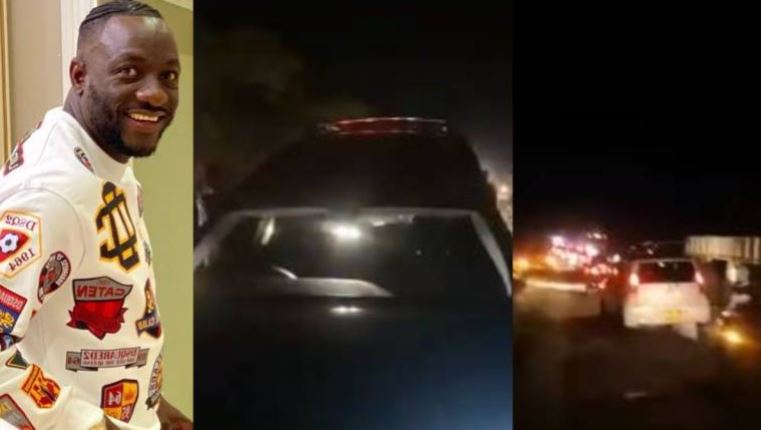 Social media has been set on fire after reports came in that the Mercedes Benz Hearse that carried the remains of Zimbabwean Millionaire Ginimbi Genius’  got involved in an accident.

According to Techmag TV, the car was hit by a commercial minibus known popularly in Zimbabwe as “Kombi” on its way to the hometown of the businessman’s hometown Domboshava for burial.

READ ALSO: Late Millionaire, Ginimbi’s Housekeeper Of 15 Years Speaks On the alleged Juju And Sacred Rooms in the house (Video)

After the accident, the hearse company was reportedly sent over a new car to continue the trip of transporting Ginimbi’s mortal remains. The bonnet of the Mercedes was damaged which made the left-sided suspended.

#GimimbiFuneral The brand new Mercedes benz Hearse which was carrying Ginimbi’s body was a crushed by a Kombi, damaging its front left suspension to a halt, they had to change the coffin to another hearse so the funeral proceeds pic.twitter.com/cKQ9FqfcxU

According to an online source, the coffin which housed the remains of the popular socialite is said to be ‘Versace’ designers that allegedly costs between N1.9m to N4.5m.