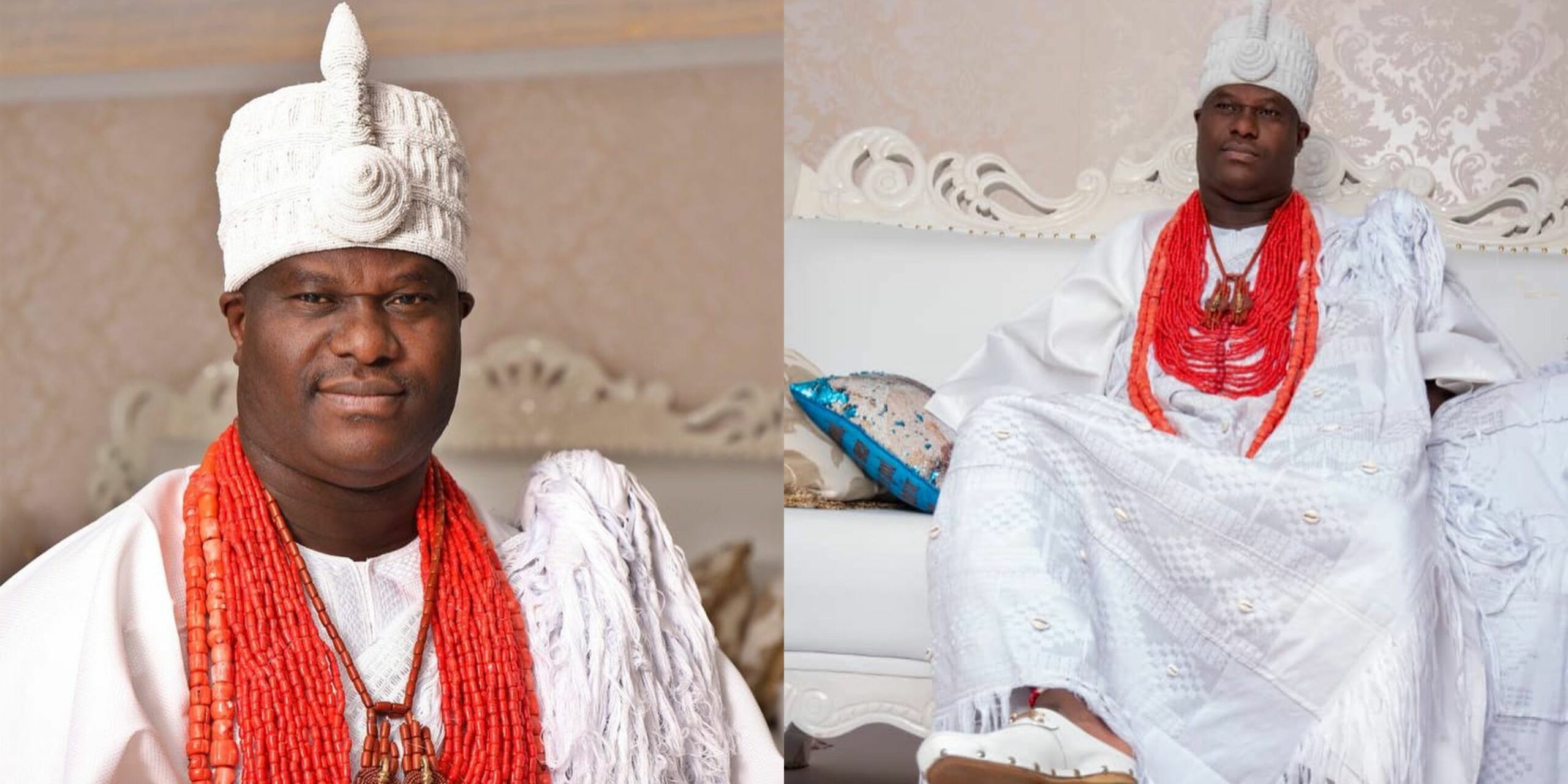 Oba Ogunwusi, according to a statement by his media aide, unveiled the name during the eighth day celebration at his palace.

The statement reads: “The day which climaxed the first eight-day of the 3-week cultural rites traditionally observed at the Ile Oodua Palace of the Ooni of Ife for naming newborn princes and princess started with the traditional movement of the Ooni from his private residence in the palace to the sacred Yeyemoolu well to offer prayers and traditional rites before moving through various palace chambers; from Ile Ogun to Ile Odikeji and Ile Omirin, finally to Ile-Igbo to mount the oldest stool of Oduduwa at Ile Igbo Where a reigning Ooni occasionally sits whenever there is a very important event.

See also: Erica‘s best friend and personal manager calls out Laycon for sending her a message in a recent interview

“At Ile Igbo, spiritual obeisance by the Isoros and other traditional rites were offered to formally welcome the royal baby to the Ife Royal Court and announce his names to the general public.

“The birth of the prince on Wednesday, November 18, 2020, was greeted by three phases of 21day traditional rites according to the dictates of Yoruba customs before it was rounded off today within the premises of Ile Oodua Palace of the Ooni.”

“Those who presented the baby’s names to the public said the traditional rites which started a week ago will be concluded after 21 days from birth, saying it has become important for people to understand the culture and traditions of naming princes following the legacy established by Oduduwa Olofin Adimula, the progenitor of Yoruba race.

“Ooni Ogunwusi had pledged to name his prince after the 49th Ooni of the 3rd dynasty and First African Governor of the old Western Region in Nigeria, Sir Tadenikawo Adesoji Aderemi who Ooni reigned from 1930 to 1980.”