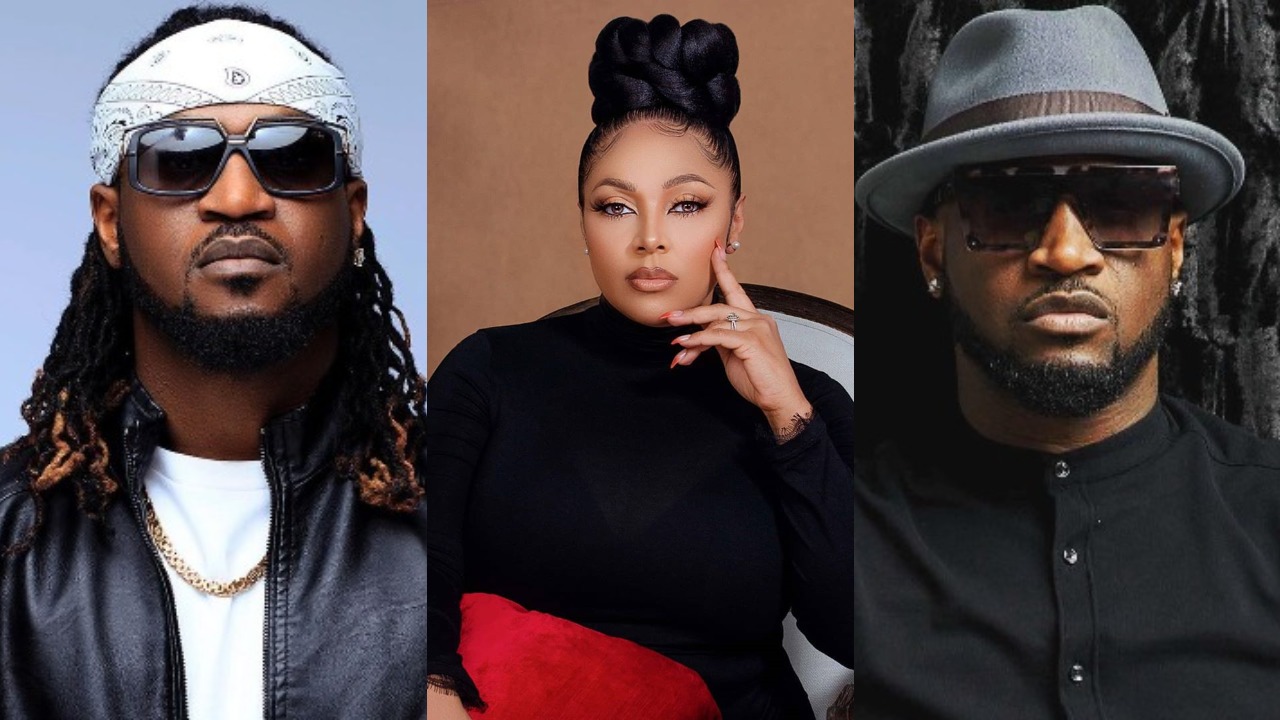 Nigerian singer, Paul of Psquare has blasted his twin brother’s wife, Lola Omotayo over the birthday message she shared on social media.

Recall that unlike other people, Lola Omotayo celebrated the two brothers, regardless of the fact that both of them not on good terms. In the birthday message, the mother of two stated that whether Peter and Paul likes it or not, they are still brothers and nothing can change that. She however advised that both of them should look for a way to settle whatever dispute between them.

According to Paul in his reply to Lola, she is a hypocrite and a two faced person. The singer added that Lola intentionally wrote the birthday message to portray herself as a good person that she isn’t.