Paul of Psquare continues to drag his twin brother’s wife, Lola, says she disrespected their parents 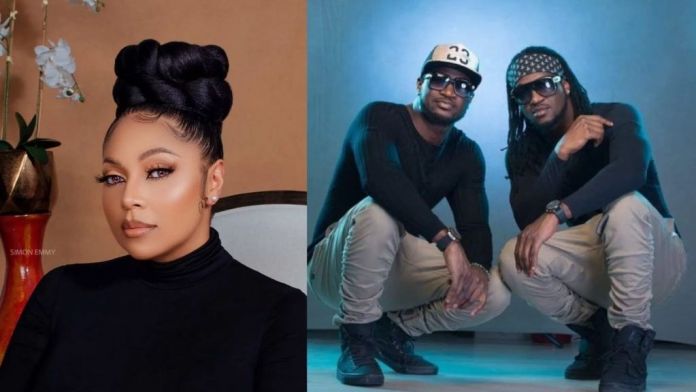 Paul Okoye of Psquare has continued to drag his twin brother’s wife, Lola Omotayo over the viral birthday message she wrote on Instagram.

Recall that the singer had earlier referred to Lola Omotayo as an hypocrite and a two faced person for celebrating him on his birthday and portraying to be a good person in public.

Lola had stated in the birthday message that Peter and Paul need to find a way to settle their dispute because the bond they share.

According to Paul,  the mother of two does evil behind closed doors but act like an angel in public.

In his latest reply  on Instagram, Paul mentioned that Lola disrespected their parents and she is nothing but a pretender. He however warned never to tag him on social media again because he would not do the same.

Barely a year after his 3rd marriage, Singer, 9ice exposed on social media for cheating on his wife with a slay queen