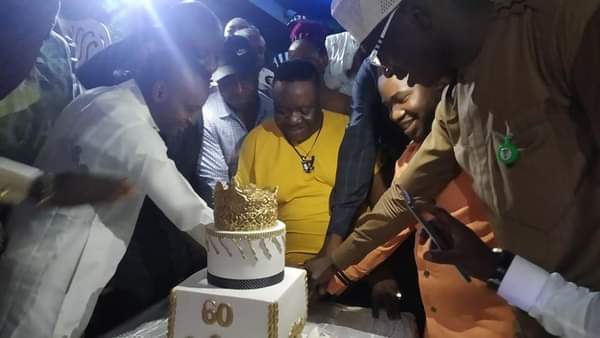 Veteran Nigerian actor whose is well known for his comic roles, John Ikechukwu Okafor, popularly known as Mr. Ibu marked his 60th birthday over the weekend which was attended by family and friends.

The birthday celebration was held at villa Toscana on Sunday, November 15, 2020. The smile and ecstasy radiating all over the face of the legendary actor show his immense appreciation to those joined in his celebration.

See also: If not for God Almighty, I would have been a story – Mr Ibu recounts his near-death experience after he was poisoned by his staff (video)

Mr. Ibu is considered to be one of Nigeria’s most talented comic characters. His humorous acting is often characterized by stupidity, hilarious imbecility, and a sharp disconnection from reality.

See photos of his birthday celebration below;