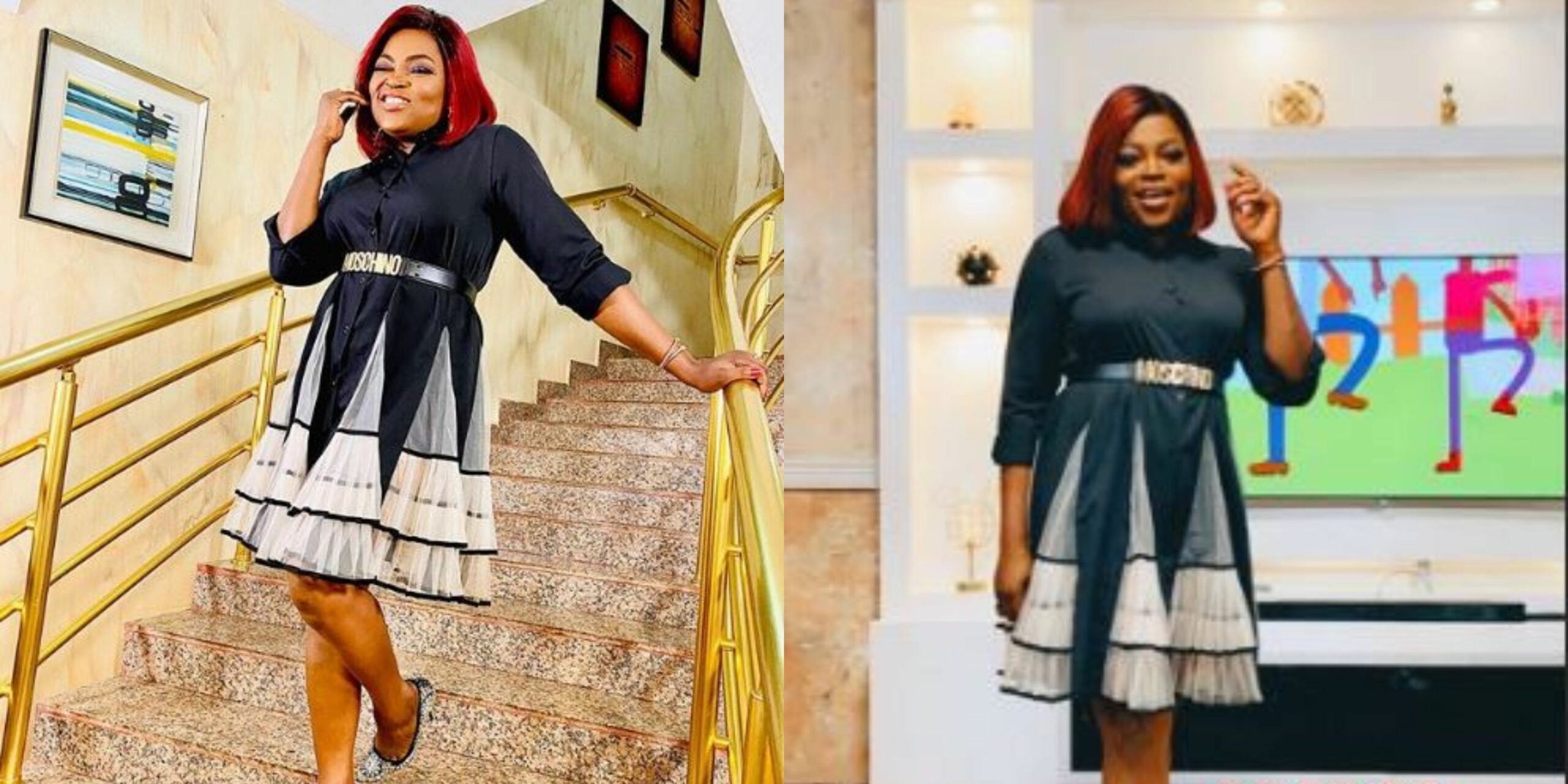 A social media user has taken to Twitter to advise the Nollywood actress and movie producer Funke Akindele over undergoing surgery.

According to the man, the Lord gave him a message for the actress. He tweeted, tagging the actress, and advised her never to undergo surgery because she might not make it.

READ ALSO: Nigerians react to Lola Omotayo’s birthday message to her husband and his twin, Psquare

He tweeted, “@funkeakindele Good morning ma. Jesus loves u. Please don’t be offended for I have a message for u. Do not under go any surgery for the Lord said u will not make it. To obey is better than sacrifice 1sam. 15v22 and Jer. 7v23. God bless u as u obey. Thanks”. In response to his tweets, Funke Akindele stated that she has already done the surgery.

Read her reply below…. 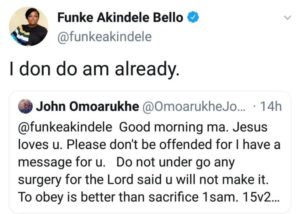 Why Do You Look Old, Hope You Are Happy – Fans React To Photos Of 20yrs Old Regina Daniels Looking Very Aged