A man has taken to popular social media platform Facebook to share some thoughts to his fellow-men to wise up and support their serious girlfriends than their mothers.

According to the man serious girlfriends are the future and not mothers who he said were already old.

He wrote, “Your mum is 76 years and you care of her more than your serious girlfriend ( 23 years )….let’s support them cos they are our future …. #wisdom”

This particular statement has gotten a lot of tongues wagging as some Facebook users seems to think his statement is senseless. 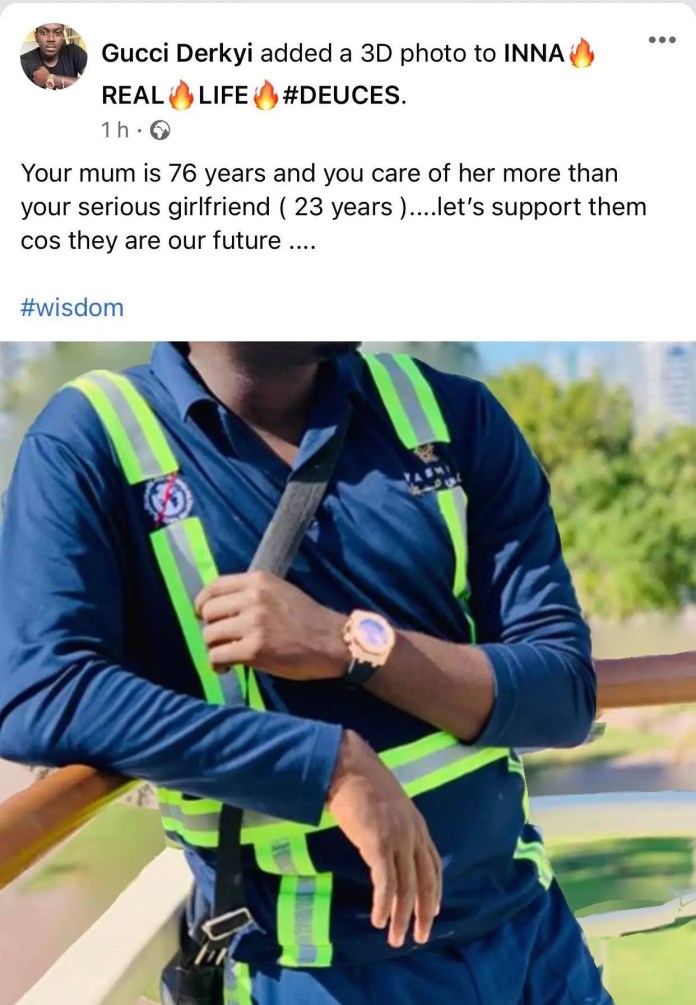