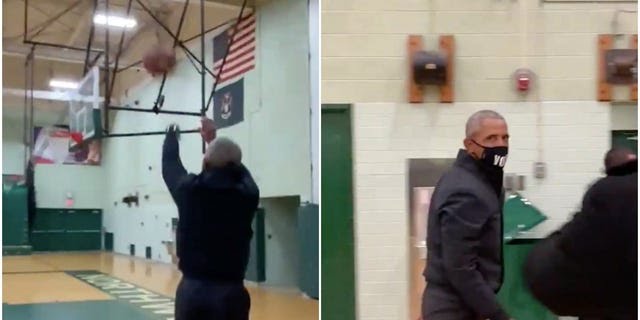 During a Michigan campaign stop for his former vice-president and Democratic presidential candidate Joe Biden, former US President Barack Obama left many stunned after he walked into a basketball court and scored an effortless basket from quite a distance.

“That’s what I do,” Obama can be heard saying in a video, which has now gone viral after he shared it from his official Twitter account.

In the 20-second clip, which has been viewed over six million times, the 59-year-old is seen taking a corner shot from the 3-point line and scoring without breaking a sweat.

According to the reports, Obama is a lover of basketball and plays it quite well.