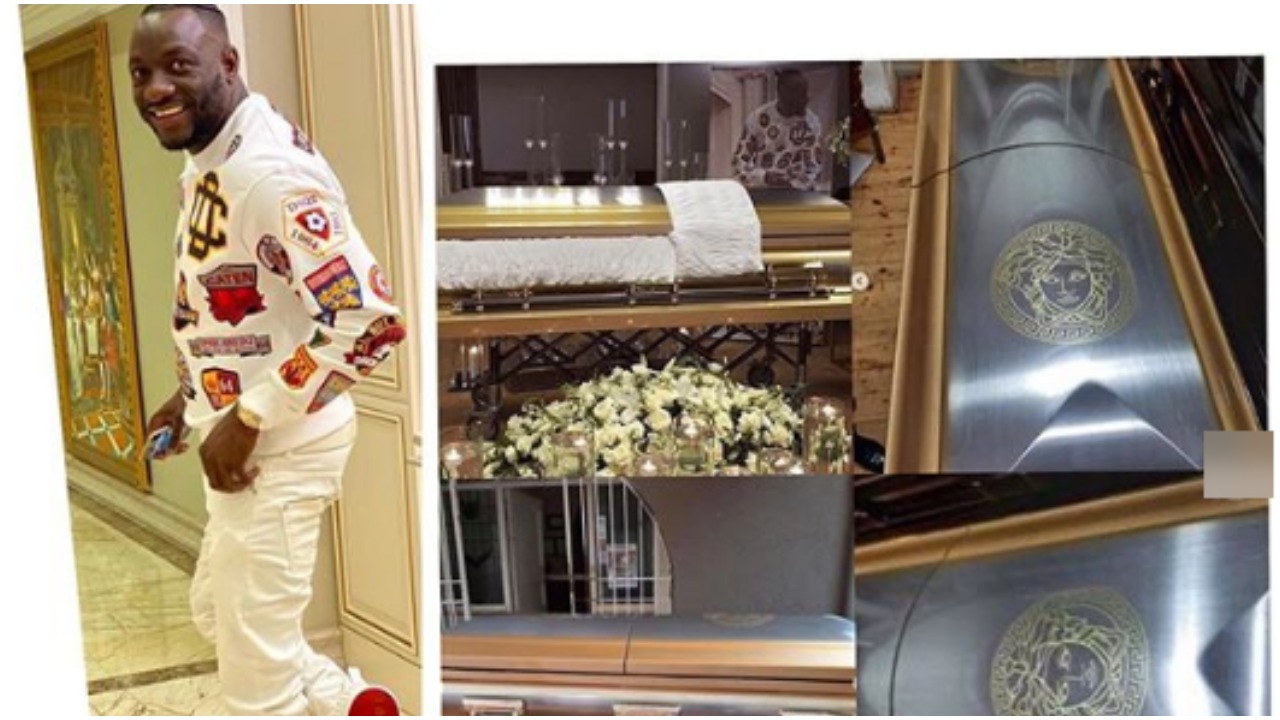 The price of late Zimbabwean socialite, Genius ‘Ginimbi’ Kadungure, coffin has been revealed.

According to an online source, the coffin which is said to be ‘Versace’ designers, allegedly costs between N1.9m to N4.5m.

Recall that there were unconfirmed reports that Ginimbi had bought the coffin a week before the tragic accident claimed his life and two others including the popular and Video Vixen Mitchelle Amuli known as Moana.

Ginimbi’s family also confirmed that the socialite will be buried in the Versace coffin which costs between $5000 to $12000, at his Domboshava mansion today.

@adesuaerewele wrote “The guy lived his best life even until death.”

@papa_ajasco wrote “Gives a new meaning to “Going out in style””

@debby_billions wrote “No matter how costly the casket is. He’s still dead. No amount of money can buy a man’s life. Just live life to the fullest responsibly”

Actress, Yetunde Bakare warns men sending her nudes, reveals what she’ll do if they don’t stop