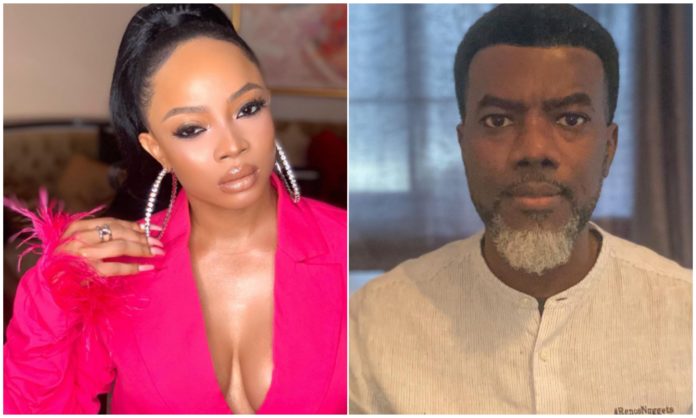 Reno Omokri is well known for his comments on any trending issues especially when it concerns relationship and marriage but Toke Makinwa seems not to be too pleased with his latest comments on divorce.

See also:Support your serious girlfriend more than your mother – Man advises other men

Marry the woman you’re physically attracted to and not…

The drama started when Reno Omokri shared a picture of Maryam Babangida and noted that it’s high time the media starts projecting more natural beauties and not some divorced slay queen who are used to bleaching creams.

Not pleased with this statement, Toke Makinwa reacted as she noted that he is such an embarrassment and people like him are one of the main reasons some women are going through a hard time in their relationship.

According to Toke, divorce is nothing anyone has to be shameful of as it’s one of those things that happens in life.

Toke Makinwa noted that Reno Omokri does not have to meddle in women problem.

See her tweets below; 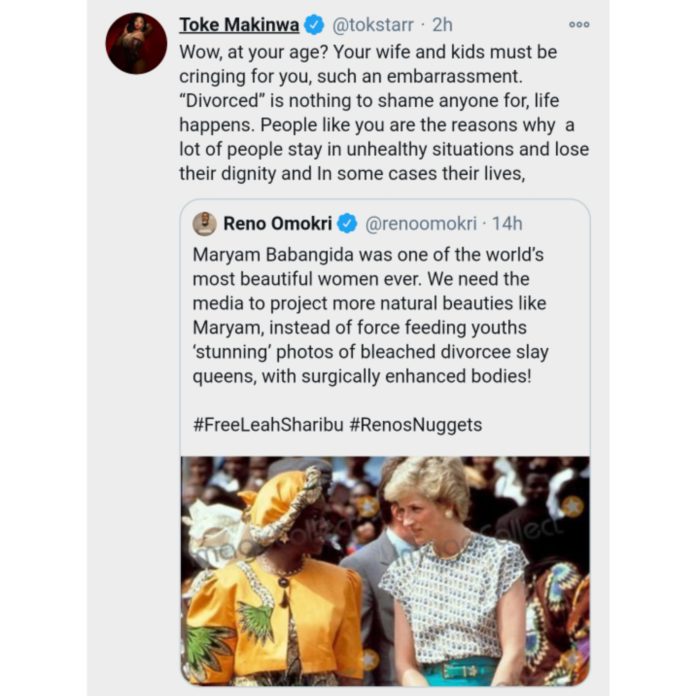 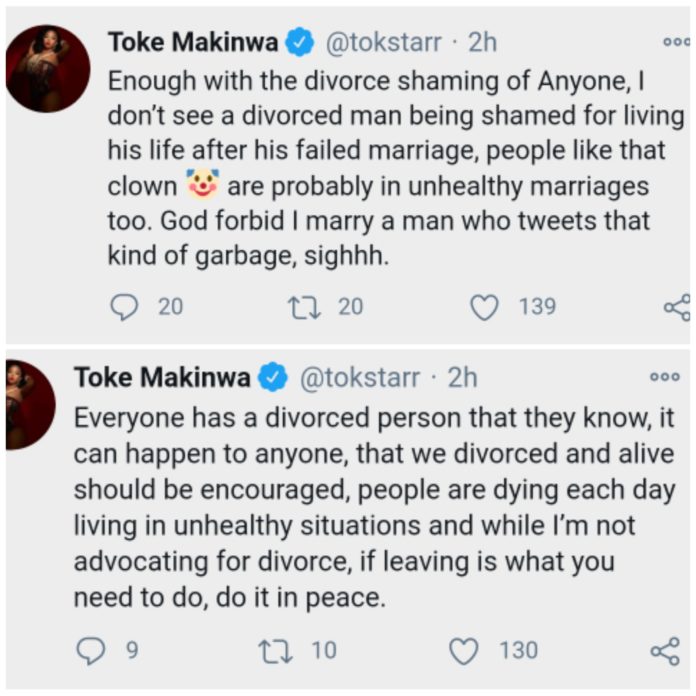 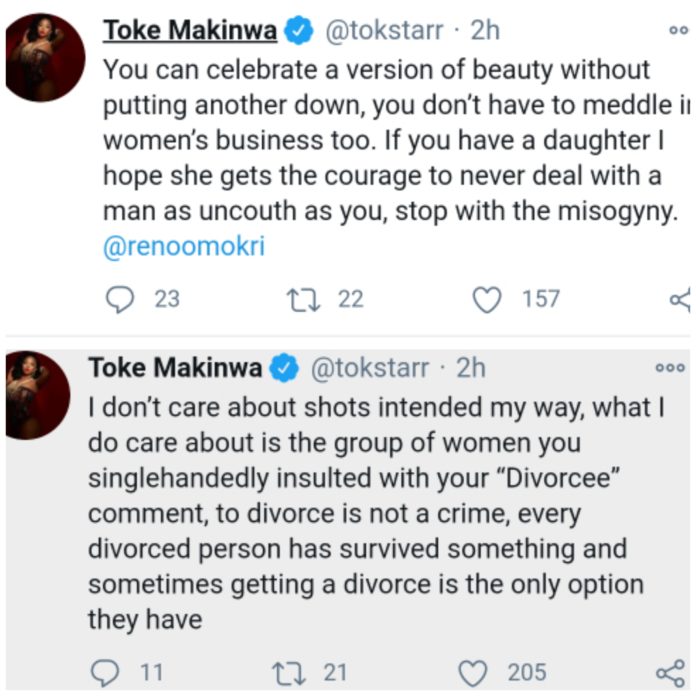