Vector Tha Viper reportedly expecting a baby with his girlfriend 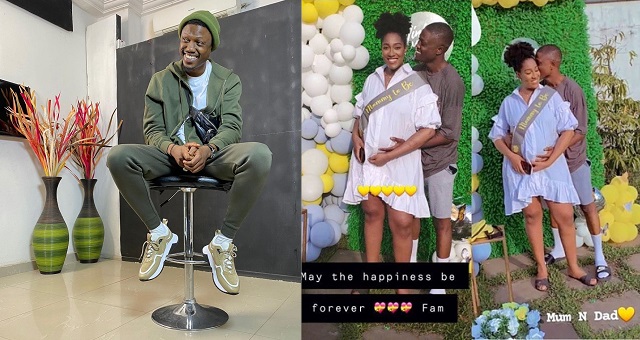 The excited parents shared photos from their baby shower and captioned it “May the happiness be forever fam, Mum and Dad”.

See also: ’15 years since I got called to the Nigerian Bar’ – Ebuka says as he shares throwback photo

Vector Tha Viper has consistently been in the Nigerian music scene for a while now.

He has released three studio albums, including State of Surprise and The Second Coming. In anticipation of his second studio album, he released a mixtape titled Bar Racks. “Lafiaji” which was released in December 2016.

Back in 2019, Vector and MI Abaga trended for weeks as they dropped dissed rap tracks calling out each other in their rap lines.