Video of Social Media Influencer, Motara teasing a child beggar trends in France and US 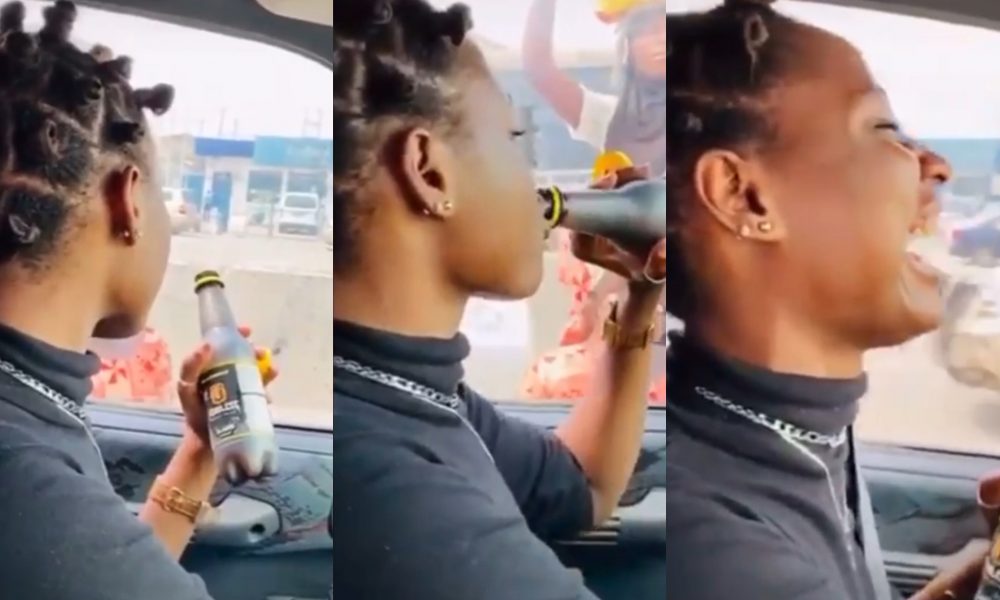 The  video of social media influencer identified on Twitter as Motara, teasing a child beggar with a bottle of drink which went via on Nigeria Twitter space has gone viral in France and the United States.

Motara while driving was seen in the video asking the child if she wants to have a taste of her drink, when the child responded in the affirmative, Motara then proceeds to take a sip of the drink before bursting out in laughter as she drives off, the child still chasing after her.

Following the reactions that followed the video, she took to her handle to apologize over the sad incident, writing;

“I made the video yesterday cause stupidly I thought it was funny. I went ahead to foolishly post it on my whatsapp story and immediately I did a lot of people called me out on my stupidity and I deleted it cos I realized that my actions were extreme.

I’m sorry for mocking the girl and no amount of money I would have given her would have justified what I actually did. I realized that yesterday and it has resonated again today. Sorry doesn’t fix anything but I hope it can somehow lessen the blows of my stupidity. “

While her Twitter account has been suspended, the video is now trending outside the shores of Africa, as French Twitter users expressed shock at her cruelty.

A French user posted the video and the user already has almost 1 million views, while WorldStarHipHop also published the video.

As at the time of this report, Morata is trending at number one spot.