‘He is too cute’ – Nollywood celebrities react…

When will you guys get married? – Billionaire Femi Otedola reacts to loved up photo of his daughter and Mr Eazi 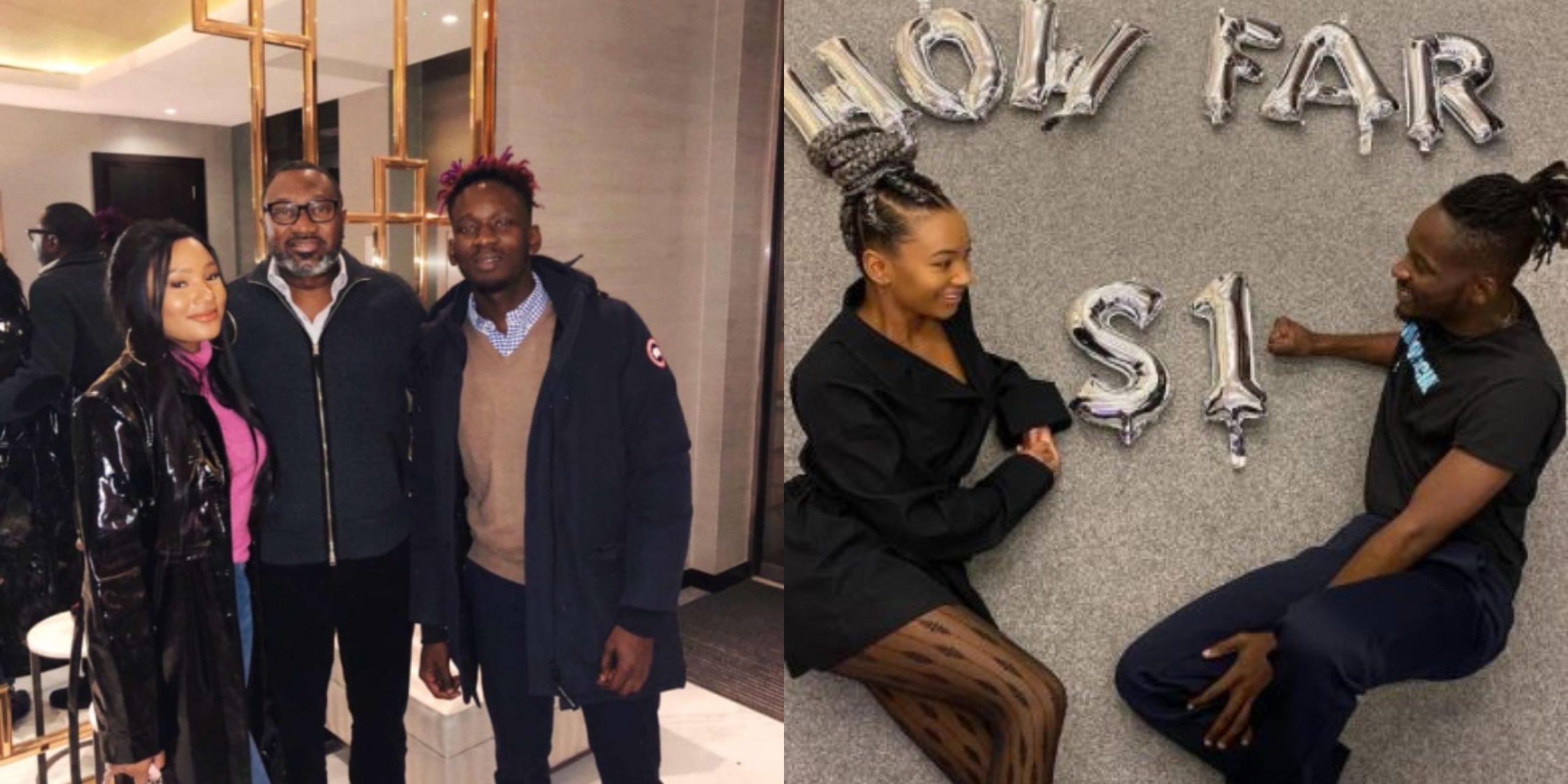 In a new photo shared by Temi Otedola, daughter of Femi Otedola, she was spotted with her long time boyfriend, Mr Eazi as they launched their podcast.

Femi Otedola reacted to the said photo which has caused a lot of reactions from social media user, in the comments section, the billionaire father wrote,“Moremiii, when una go marry

Obviously asking when the two lovebirds would get married, this particular comment has warmed the hearts of Nigerians as it clearly shows Temi’s father has issued his blessing for the couple’s relationship.

Mr. Eazi and Temi Otedola have been in a serious relationship for the past three years and it appears her father Femi Otedola is now impatient to see her daughter get married to her long time beau. 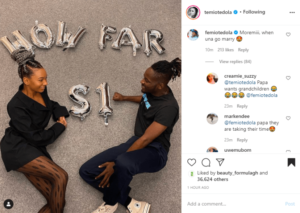 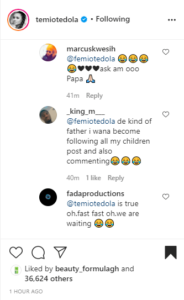 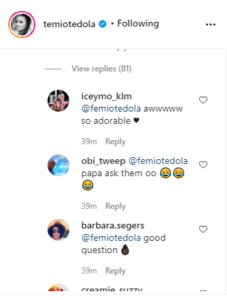